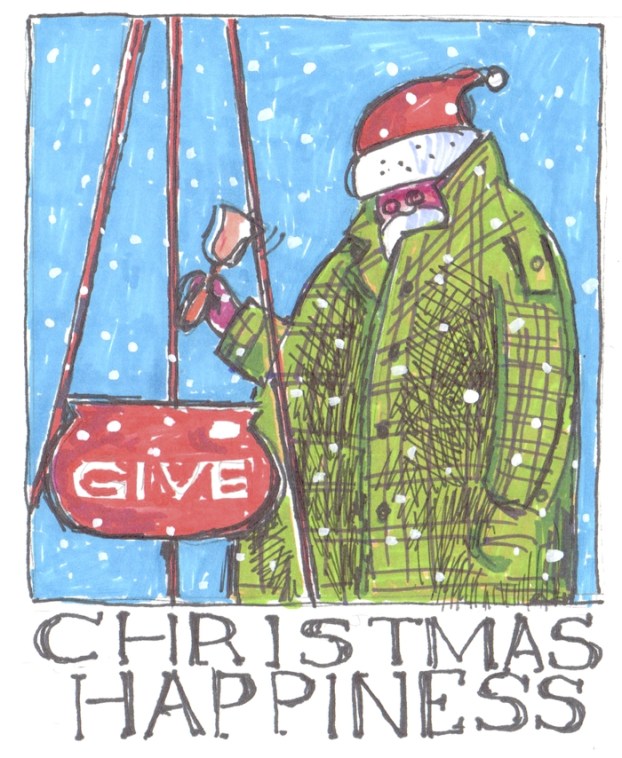 “I guess that’s how I started, really,” Betty Alexander said.

Mary Lynn died of leukemia, and Alexander says that remembering her by supporting children and families in need would have been what her daughter wanted.

So the Alexanders gave every year. Three or four years ago, Betty’s parents died, and again, she and her husband honored them with a gift. They did the same when David’s parents died. And then, it became an end-of-the year tradition.

“It’s just family and friends who have passed on, and we just wanted to remember them,” Alexander said.

Every year the Alexanders dedicate their donation to friends and family who died the previous year. Alexander says it’s their own way of honoring them. And she believes that it’s a comfort to those who are left behind, as well.

“I think it’s just neat for them, even if it’s been a few months, to know that they are remembered at the end of the year,” she said.

“They are giving little girls,” Carolyn Rogers said, “They work hard for their money, but they give it.”

Carolyn’s daughter serves as the junior auxiliary’s advisor, and Rogers helps with meetings. The junior auxiliary is made up of girls from birth to 18 years old who have a father, grandfather, or great-grandfather who served in the U.S. Military and was a member of the American Legion.

The junior auxiliary chooses different charities to donate to at the end of each year. The money comes from an annual pancake breakfast in February and the ice cream booth they run every year at the Faith Fourth of July Fair.

“They just choose charities that they really feel like help people,” Rogers said.

The Faith American Legion Junior Auxiliary dedicated their donation to Christmas happiness to U.S. veterans. This is the first year they’ve donated to Christmas Happiness, but Rogers doesn’t think it will be the last.

The Salvation Army of Rowan County distributes Christmas Happiness funds. Qualifying families may receive a $35 voucher for each eligible child. The vouchers can only be used for children’s items.

Contributions to Christmas Happiness will be collected through Christmas Day.

• In honor of all U.S. Military Veterans by Faith American Legion Junior Auxiliary  $150.00

• In lieu of Christmas Cards to family and friends by Rick and Carol Leonard  $100.00

The correct answer to question number 4 in Sunday’s Week in Review news quiz is C. “In God We Trust”... read more