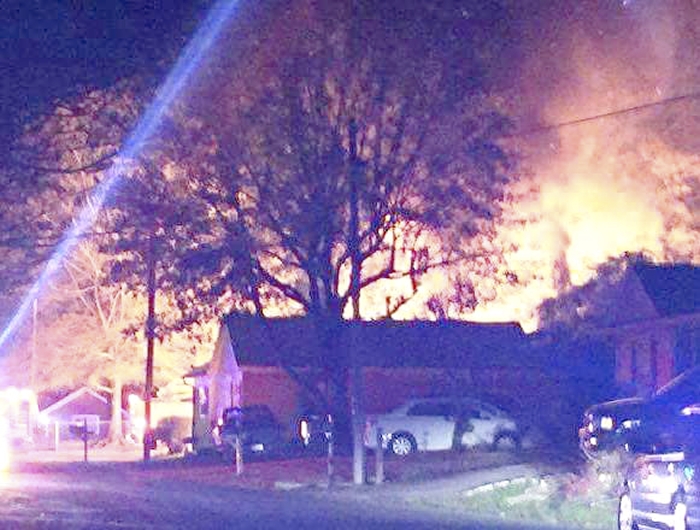 Kannapolis Fire Department Firefighters responded to a garage on fire on Moose Road early Monday morning. One person suffered burns in the fire.

KANNAPOLIS — At around 2 a.m. on Monday, Kannapolis firefighters responded to a reported structure fire in a garage on Moose Road.

While enroute, additional 911 calls reported the fire spreading to an adjoining home and that an individual on scene had received severe burns.

Kannapolis Battalion 1 arrived to find heavy fire in a detached garage and a patient with burns. A quick attack on the flames resulted in a knockdown on the bulk of the fire, preventing the spread into several adjoining structures including two occupied homes.

As crews fought to control the blaze, additional KFD personnel assisted the burn victim until the arrival of EMS. Rowan EMS transported the victim to a nearby landing zone where the patient was then flown to a burn center for further treatment.

The Landis Fire Department assisted at the fire while additional paramedics from Rowan County EMS assisted on scene with medical monitoring of fire personnel.  No other injuries were reported.

At this time, the Kannapolis Fire Risk Reduction Division, in conjunction with Kannapolis Police, is continuing the investigation.