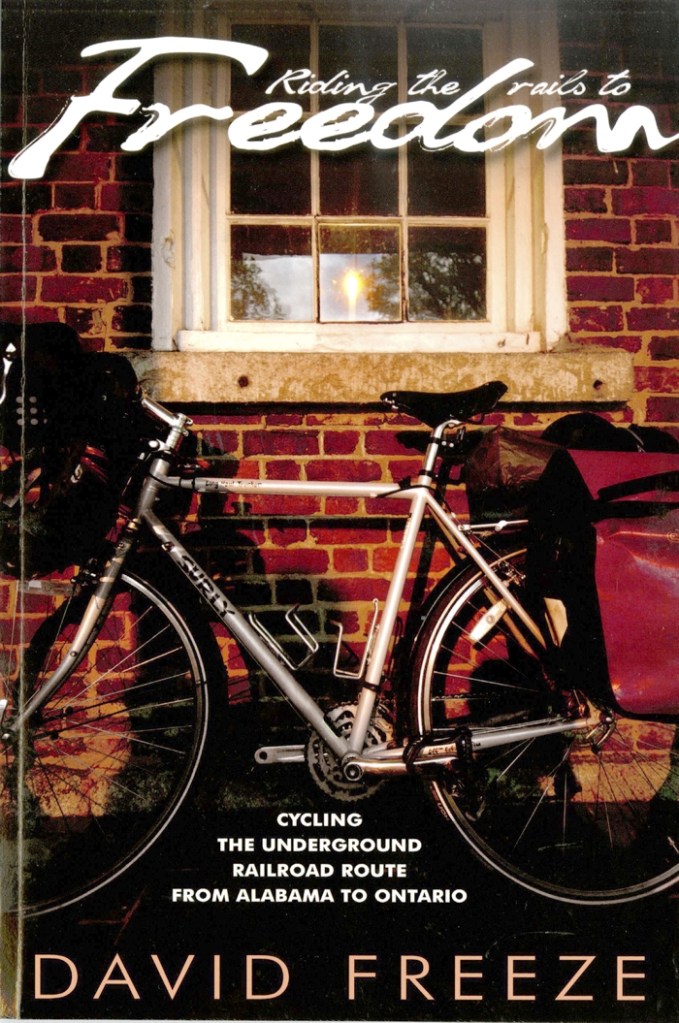 David Freeze has collected and embellished his columns about his third long-distance bike ride in “Riding the Rails ot Freedom: Cycling the Underground Railroad Route from Alabama to Ontario.”

Salisbury Post readers again followed Freeze daily through his ride as he faithfully posted stories and pictures from the road. This ride had special significance because of its route and Freeze’s last stop, an Emancipation Celebration in Toronto, Ontario, Canada.

Freeze created two other books based on his two previous long-distance rides, “Lord, Ride with Me Today” and “Pedaling, Prayers and Perseverance.” His first ride was in 2013, when he rode from Oregon to South Carolina, touching his bike in both the Pacific and the Atlantic.

In 2014, he rode from the easternmost point in the U.S., in Maine, to Key West, Fla. On the second ride, he was better prepared and outfitted, until a car hit him in Florida and he had to buy a new bike.

Freeze also suffered some serious health problems as the result of long days, high elevations and dehydration, causing blot clots to form. His feet were damaged in the accident in Florida and it took him months to heal.

None of that dampened his spirit or cooled his thirst for adventure.

He writes in this new book that what began as a way to see some beautiful scenery in the slow lane became an obsession with the great people of the United States, many of whom he wrote about in his accounts.

The book is an expanded version of his columns, produced with help from Salisbury Post’s designer, Andy Mooney, and former Post editorial page editor Chris Verner. Post photographer Jon C. Lakey took the cover photos. (The Post makes no profit from the sale of the book).

So you may think you’ve read all about it, but there’s more.

As his rides have become better planned, his gear upgraded and his cycling knowledge improved, so has the production of his books. He says he’s learned a lot about both.

This book has 16 pages of black and white photos from his journeys and an epilogue where he tries to explain, yet again, why he does this, and where he thanks God for bringing him safely through.

Another adventure is coming, and Freeze is excited. But he’s just as excited to meet the people who have followed him on all his adventures.

He will be at Literary Bookpost on Saturday, Nov. 28, from 1-3 p.m., meeting people and signing his books.