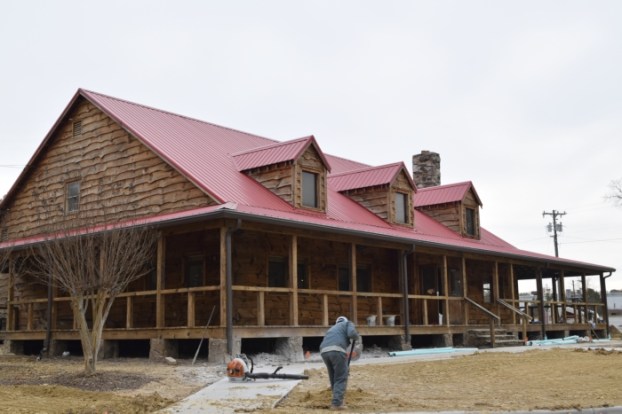 The old Farmhouse gets a makeover for an as-yet unnamed tenant.

What’s to become of the old Farmhouse?

When the Farmhouse restaurant closed on Oct. 19, the rumor was that Cannon Pharmacy would be using the property to open a Salisbury location. That will not be the case, Cannon Pharmacy owner Brian Freeman said.
The company did purchase the property in Oct. and had plans for a new branch of Cannon Pharmacy, but Freeman said that when he looked for community input, he received many responses that were strongly opposed to the loss of the old Farmhouse building. Freeman stated that he wants his company to have a positive impact in Salisbury.
“The overwhelming response caused us pause,” Freeman said in an email to the Post, “Would we be welcome? Are we doing a positive for the community? Is there another location?”
In the end, Freeman said, Cannon Pharmacies decided to halt its demolition plans and take a different approach.
“The building was not suitable for a pharmacy and demolishing it was not what the community wanted,” Freeman said in an e-mail.
Instead, the former restaurant is getting a makeover. Contractors are hard at work giving the old roof a facelift and making the wood exterior gleam. Freeman says that he will be announcing a new tenant at the location soon, but did not specify what kind of business would be suitable for the building.
In the meantime, Cannon Pharmacy still has plans to open a Salisbury branch, Freeman said, and is shopping around for a new location.
You Might Like

Once in a while, a spur-of-the-moment decision becomes something very special. Such was the case when Ethan Horne wished his... read more