Roberts: White House is no place for amateurs 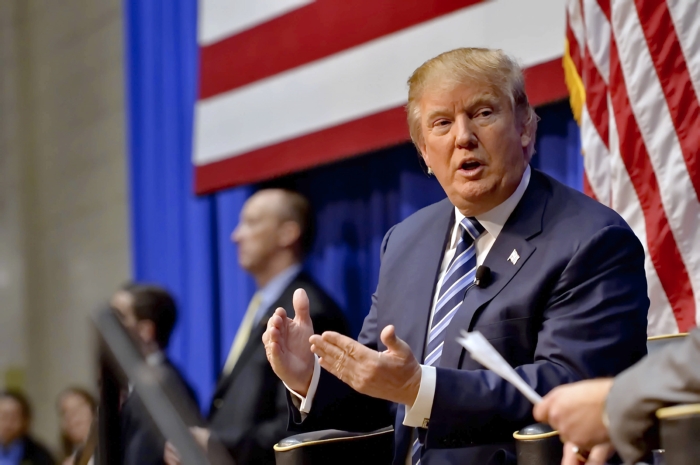 It’s time to tell the plain truth: Donald Trump and Ben Carson are not qualified to be president.

This was obvious long before the terrorist attacks in Paris focused attention on the president’s role as commander in chief. After Paris, Republican voters who have been enticed by the two outsiders should now understand that the White House is no place for amateurs.

Whether they will recognize this verity, however, is an open question. In national polls, Trump and Carson still command the support of almost half of all GOP voters. No one else in the field seems willing or able to effectively confront their fatally flawed credentials.

Gov. Chris Christie of New Jersey tried when he said, “The hour is too late to wait for people to be trained. We need a president who is ready to serve.”

He is absolutely right, but is anybody listening? Christie is now running 10th in the GOP race, with an average of 2.3 percent, according to the website Real Clear Politics.

Still, a growing number of Republicans believe the Paris massacre represents an inflection point in the race. Here’s Tom Ridge, former Pennsylvania governor and Secretary of Homeland Security, in The New York Times: “Bombast doesn’t cut it. Inexperience doesn’t cut it. Those who have a record of governance and demonstrated leadership capabilities — their stock is going to rise.”

Former Speaker Newt Gingrich told the Times that the focus on terrorism “does give an advantage to serious candidates. Because this is an opportunity for them to emphasize their experience and give the kinds of speeches and explanations of this threat that will prompt people to say, ‘Hey, they know what they’re talking about.’ ”

We understand why people are frustrated with professional politicians. Real wages are declining, terrorist threats are rising, and Congress is held hostage by a small band of right-wing ideologues. Lawmakers deserve their dismal 12.7 percent approval rating.

But professionalism and experience still matter. Americans would be far safer if they’re governed by leaders who “know what they’re talking about.” And neither Trump nor Carson fit that description.

They are not the same, however. Trump traffics in outrage, and some of his policy proposals are truly stupefying. For example, creating a “deportation force” to remove 11 million undocumented immigrants is both completely unworkable and profoundly immoral.

His irrationality is matched only by his egotism. Just one example, from a recent speech in Iowa: “I know more about ISIS than the generals do. Believe me.” A candidate who believes that cannot be taken seriously as a possible commander in chief.

But Trump suffers from an even bigger sin than arrogance: recklessness. His 95-minute rant in Iowa recently showed his dangerous lack of judgment — perhaps the most important quality a president can possess. And when they get past his showmanship and celebrity, the American people know that.

In an ABC/Washington Post poll earlier this fall, 60 percent said Trump is not qualified to be president, and 63 percent said he lacks the “personality and temperament it takes to serve effectively as president.” Amen.

Unlike Trump, Carson is not a loudmouth or a bully. But, like Trump, he has no business running for president.

Suppose someone asked Carson, a retired neurosurgeon: “Would you allow an untrained amateur to help you perform an operation?”

Certainly he’d say no. A surgeon holds a patient’s life in his hands. That sacred responsibility requires many years of training and experience, Carson would point out. And he’d be correct.

Is “surgeon” a more demanding job than “president”? Why should neophytes be welcome in the O.O. (Oval Office) but not the O.R.?

In an interview with Chris Wallace on Fox, Carson was asked three times, with increasing urgency, “who would you call first” to assemble a coalition to oppose ISIS. Three times, Carson declined to answer. He finally admitted, “You know, for me to pretend like I have all of that knowledge and the ability to formulate all the specific plans and how to do it, I think is foolish, and I think anybody else who thinks they know it all is foolish, also.”

Foolish? To expect a president to “have all of that knowledge and the ability to formulate all the specific plans”? That’s the job description, folks.

Republicans have several qualified candidates. For example, Christie, Jeb Bush and John Kasich have all run major states, and while they all have their problems, lack of experience is not one of them. They are trained, tested and ready.

Trump and Carson are not.