Poston will run against Warren for 77th District in NC House 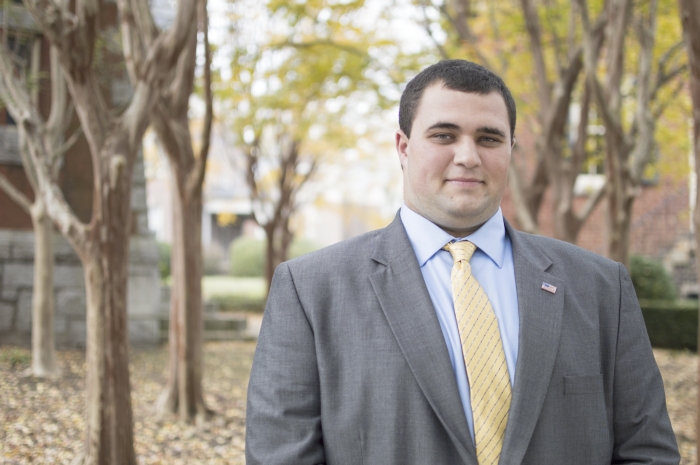 Rowan County’s incumbent members of the N.C. House will both have fresh-faced competition in the 2016 elections.

Catawba College student Holden Sides announced first between the two challengers. Sides, a 21-year-old Democrat, will face Rep. Carl Ford, a Republican, in the 2016 general election for the 76th District seat in the N.C. House. Rep. Harry Warren now has competition for his 77th District seat. This week, 22-year-old University of North Carolina at Charlotte student Andrew Poston confirmed he would run against Warren for the seat. Poston and Warren are both Republicans, meaning the pair will face off in the March primary election.

Poston, who is studying for a master’s degree in teaching, has a simple slogan to go along with his candidacy — a fresh face for a better North Carolina.

He lives near the edge of the 77th District. In fact, Poston said the center line of the road where he lives marks the end of the 77th district.

He recently received a degree in history from the University of North Carolina at Charlotte and graduated from East Rowan High School in 2011. Poston is also an Eagle Scout. He currently works at Dicks Sporting Goods off of Julian Road.

At the top of Poston’s campaign platform are education and veterans’ issues. In an interview with the Salisbury Post, Poston dished out harsh criticism of Warren and other incumbents in the N.C. General Assembly.

“The legislators who are in office now has not been a very good friend to teachers,” he said. “And, they’ve not done enough to help our state’s veterans.”

North Carolina’s state legislature voted to raise beginning teacher pay to $35,000 during the 2015 session. Poston said the increase wasn’t enough for all teachers. Many, including Poston, say the increases for more experienced teachers haven’t been enough. Poston claims it would take $248 million to give every teacher in the state a 5 percent raise.

“We need to focus on making sure all of our teachers are adequately compensated, and they’ve received no help from Harry Warren at all,” he said. “Our teachers have bore the brunt of our legislator’s inaction on education, and it’s time that it stops ultimately.”

When asked why he is running, Poston said he’s upset students are taught in environments not conducive to learning, upset teachers aren’t compensated properly and upset veterans have to wait long periods of time to be seen at Veterans Administration hospitals. He said veterans should receive 8 to 10 weeks of counseling when returning from deployment to reduce post traumatic stress disorder.

He is a self-described moderate Republican that will “not toe the party line” when he doesn’t agree with the party’s directions. Poston said it’s worse to be exiled by constituents in the 77th district than by the Republican Party in Raleigh.

The Republican primary battle between Warren and Poston will officially begin on Dec. 1, when filing opens.