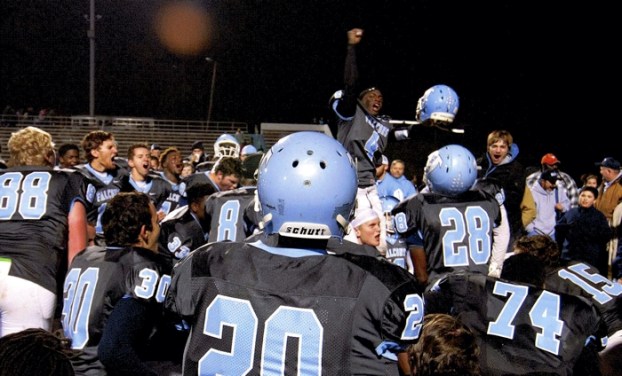 Prep football notebook …
West Rowan (9-3) averages 27.3 points per game, while Carson averages 26.5, so West’s 28-27 overtime win over the Cougars in the first round of the 3A playoffs was consistent with the season numbers.
•••
Twenty-eight has been the magic number for the Falcons. They’re 5-0 when they score exactly 28 points, and they’re 0-2 when they allow exactly 28.
•••
West and Carson get their rushing yards in different ways, but their running games have been almost identical as far as production. West has rushed for 2,052 yards this season, while Carson finished with 2,049. Both teams rushed for 181 yards in Friday’s struggle.
•••
West has played only three overtime games in the last dozen seasons and has won them all. West has won against Carson the last two seasons and prevailed against Lake Norman in 2008.
West’s last OT loss was to A.L.Brown in 2003.
•••
Juwan Houston had four catches for 124 yards Friday and is up to 56 catches for 1,152 yards and 13 touchdowns for his two-year varsity career.
•••
Coach Joe Nixon praised receivers Houston, Kortez Weeks, Jai Hogue and Kam Caldwell and lauded linebacker L.J. Robinson for leading the Falcons’ defensive effort against Carson. He praised kicker Austin Morrison for the clutch PAT that decided the game.
•••
West’s Friday game is a road trip to West Henderson, in the Asheville area. Both teams are West and both teams are the Falcons, so it will be a challenge for Howard Platt and the radio broadcasting crew to keep things straight for the folks listening back home.

Carson
Linebacker Jacob McCurry had 13 solo tackles, including six for loss, in the overtime loss to West Rowan. McCurry also had three assists.
•••
Linebacker Alex Deal blocked a punt that set up a Carson touchdown. Spur Garrett Pell made the recovery of the blocked punt and also recovered a fumble.
Linebacker Ryan Bearden was in on 13 stops against West and forced two fumbles. DB Luis Cipres had a fumble recovery.
•••
An injury forced jayvee Kenny Clark to start on the offensive line against the Falcons, but he played very well. Coach Joe Pinyan said it was the best game the o-line played all season.
•••
Owen White’s sophomore season ended with 144 passing yards against the Falcons.
“He ran it well and threw it well,” Pinyan said.
White threw two interceptions, with both picks on ricochets that wound up in the hands of West safety Malcolm Ingram.
White finished second in the county (to West’s Kacey Otto) in passing yards (1,316) and TD passes (12).
•••
If he had to do over again, Pinyan said he would stick with the high-tempo offense Carson had great success with early in the West game, but he had no complaints about a 7-5 season. Most picked Carson eighth or ninth in the SPC in the preseason.
“A lot of credit goes to our kids for a really good season and a lot of credit goes to the assistant coaches,” Pinyan said. “As a staff, this was one of the best efforts I’ve ever been a part of.”

North Rowan
The Cavaliers (5-7) picked off four passes but still lost to Winston-Salem Carver 38-14 in a 2A first-round game on Friday.
Safety Chris Clodfelter and cornerback Michael Streater intercepted two passes apiece. Clodfelter had five for the season (tied for the county lead), while Streater had four.
•••
North’s offense dropped from 31.5 points per game in 2014 to 19.9 per game this season, but that wasn’t totally unexpected after losing JaReke Chambers, Alexis Archie and Sakil Harrison.
•••
Sophomore Xavier Haley scored his 10th TD of the season for the Cavaliers on Friday and was the team’s leading scorer for the season.
•••
Jacob Young kicked two PATs and finished the season with five field goals and 26 PATs.
•••
Playing his final football game for the Cavaliers, senior defensive end Jake Pritchard made nine tackles.
•••
Carver back Rashad Butler was the NCHSAA’s Performer of the Week for his Forsyth County record 412 rushing yards against the Cavaliers.
•••
The realignment numbers released by the NCHSAA indicate North Rowan will return to the 1A ranks for the 2017-18 season.

Davie
Sophomore linebacker Cody Hendrix had 15 solo tackles and seven assists, while junior linebacker James Boyle had 14 solos and six assists in Davie’s 44-36 loss at Scotland County.
•••
Davie (5-7), playing on the road as a No. 15 seed in the 4A playoffs, scored the most points that Scotland has allowed in its last 27 games.
•••
Based on all the schools that post their stats on MaxPreps, senior receiver Ben Ellis and sophomore Cooper Wall rank 1-2 in the state in catches.
Ellis has 91 catches, while Wall has 67. Ellis is second in the state with 1,215 receiving yards.
Davie junior QB Chris Reynolds leads 4A players with 2,874 passing yards. He’s thrown 28 TD passes.
***
The CPC is looking at a major revision for the 2017-18 school year. The realignment numbers indicate Mount Tabor, Parkland and North Davidson will drop down to the 4A ranks.

A.L. Brown
Sandon McCoy’s 243 rushing yards in a 35-32 4A first-round playoff win against Reagan marked the biggest rushing game for a Wonder since Kalif Phillips rolled for 328 yards in a second-round playoff game against Hickory Ridge in 2012.
McCoy’s 23 carries matched the season high he set earlier this season against North Meck. Both those 23-carry games came in contests that McCoy’s backfield mate Jayln Cagle missed with injury and the Wonders (10-2) had to rely even more than usual on McCoy.
McCoy, who is committed to Army, surpassed 3,000 rushing yards for his career in the Reagan game. He’s rushed for 3,099 yards and 31 touchdowns in a three-year varsity career.
In two games against Reagan, McCoy has rushed 47 times for 377 yards.
The last A.L. Brown back to reach 3,000 yards was Phillips, who had 3,344 yards in just two varsity seasons.
•••
•••
McCoy scored his 16th and 17th TDs of the season against Reagan. The Wonders also got rushing TDs from sophomore Jahia Mahatha and junior Ja’Querius Bost and a long TD pass from Damon Johnson to junior Lewis Harris.
•••
Former Wonder Damien Washington, now a UNC receiver, received quite a bit of attention for taking a knee and proposing marriage at Kenan Stadium following a Senior Day win against Miami.
She said yes.
•••
Junior Tyrek Cagle contributed an interception and sophomore Najee Williams had a fumble recovery in Friday’s win.
•••
The Wonders lost first-round playoff games in 2013 and 2014 and gave up 50 or more points in both of those games.
They’ve reached the second round for the first time since 2012 and will play at No. 4 seed South Caldwell — that’s the Hudson/Granite Falls area —on Friday.
South Caldwell’s 6-foot-5, 306-pound Landon Dickerson is ranked No. 4 nationally among guards and is being recruited by SEC, Big Ten and ACC schools.
•••
The Wonders got good news with the latest realignment numbers. They’ll be headed back to 3A for the 2017-18 school year.

By Mike London mike.london@salisburypost.com MOUNT ULLA — Just 14 months ago, West Rowan was still trying to figure out if... read more