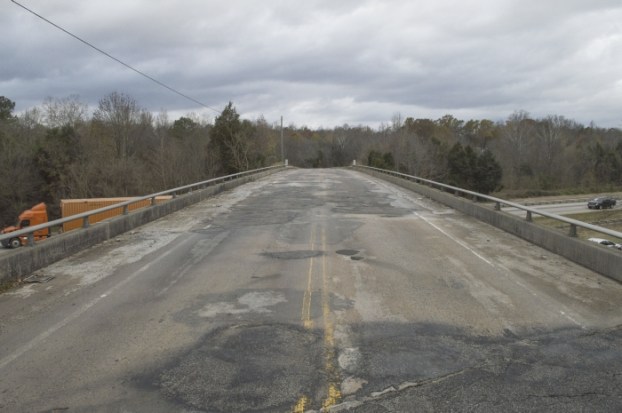 A long-awaited interstate exit in southern Rowan County may finally have the funding needed to proceed, but it remains several years away from construction.

The state’s budget, signed by Gov. Pat McCrory in September, allocated a significant amount of additional state money to transportation projects over the next 10 years, according to Division 9 engineer for the Department of Transportation Pat Ivey. The recently approved, two-year budget included an increase of more than $700 million in additional transportation funding.

Ivey said DOT employees have evaluated projects during the previous month to determine which additional projects could be included in the state’s transportation improvement plan. It appears Old Beatty Ford Road will make it, he said.

“I can’t sit here and tell you it’s a 100 percent done deal, but the additional funding is very encouraging,” Ivey said.

Construction on Old Beatty Ford Road is estimated to start relatively soon after widening on Interstate 85. With several steps remaining after securing funding, exact estimates about construction’s start times vary. However, 2020 to 2022 is a frequently cited time frame for work to start. The widening of Interstate 85 is scheduled to wrap up in fall 2019, according to Division 9 State Board of Transportation member Jake Alexander.

“(Old Beatty Ford Road) should start immediately after that, assuming it’s approved and there is no other hiccups,” Alexander said. “But four years is a long time.”

Alexander said DOT would need to complete right-of-way acquisition, complete environmental work and secure an approval from the Federal Highway Administration before construction can start.

At the State Board of Transportation’s December meeting, board members will be given a list of projects to consider for funding. In January, the board is scheduled to finalize its list.

An interstate exit at Old Beatty Ford Road is seen by elected officials as a potential economic boost for southern Rowan County, which contains a stretch of interstate with a dearth of exits. There’s a nearly 8-mile gap between Webb Road and the next closest full exit. China Grove technically has two exits, but neither are full interchanges.

The total length of the section of Old Beatty Ford Road to be realigned is 2.39 miles. The proposed interstate exit would be on the realigned road, which is scheduled to be complete in December 2017.

A contract for the realignment was approved in October.

What do drones, skinny dipping and liquor have in common? All three are banned in county-owned parks. Drones became the most... read more