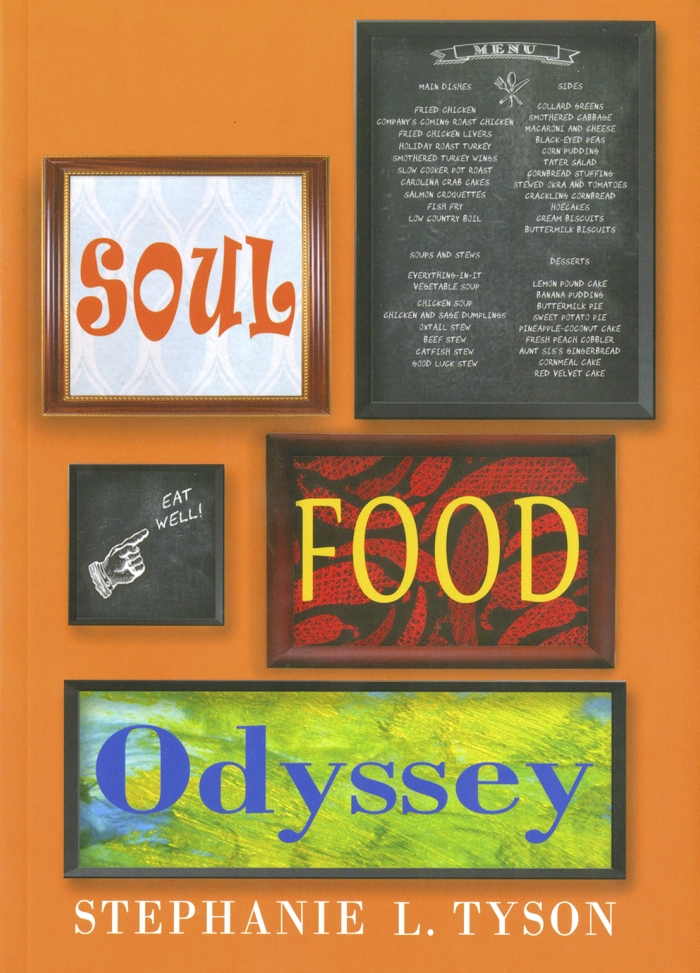 Stephanie L. Tyson will be at Literary Bookpost, 110 S. Main St., on Thursday from 6-8 p.m. to talk about her new cookbook.

It’s common to see people lined up outside before the restaurant opens to get a seat and savor Tyson’s deeply-rooted Southern cuisine.

The first cookbook to come out of that venture was “Well, Shut My Mouth: the Sweet Potatoes Restaurant Cookbook.” In it was the signature recipe for Sweet Potato Biscuits and a lot more. The two came to Literary Bookpost then for a signing and sampling of those same biscuits.

Now there’s another cookbook, “Soul Food Odyssey” which tells Tyson’s story from starving actress to culinary student to restaurant owner. And she’ll be visiting Literary Bookpost on Thursday from 6-8 p.m.

In the new book, she tries to explain that what she does is not just soul food, it’s real food, food that sustained generations of all colors in America, from rich to poor, from African roots to uniquely American foods.

Tyson wanted to fight the soul food label, thinking it was cliche, a black woman cooking traditional foods, with little variation. She aimed for a more southern flavor at a time when southern food was the hot new thing.

Now, 12 years into her restaurant business, she’s finally realized that soul food and southern food are all part of the same family, “Once I got off my high horse, I started wanting to expand my culinary point of view. But how do you make what is essentially castoff food into a ‘cuisine’?” she writes.

Southerners, white and black, ate pretty much the same thing during the Reconstruction and Depression. Then the whites got richer, but the blacks were still making do with things like pig tails, neck bones, pig ears and pigs’ feet, along with greens that needed special attention to become flavorful and edible.

That takes talent, ingenuity and a willingness to make the best of what you have.

“I suppose all food you’re not afraid to share even it it’s not plentiful, or food that comforts and nourishes more than the body is soul food of some sort.”

She starts her book with “The Soulful Pig: From the rooter to the tooter.” Don’t let the recipes for chitterlings, including one with collard green pesto spaghetti, scare you. They might delight others. Who would think of making pesto out of collard greens?

She has delectable rib recipes, too, along with fried chicken, roast chicken and chicken wings. You want something fancier? How about her Carolina Crab Cakes? Something from the sea? Low Country Boil. Smothered Cabbage and Collard Greens can’t be bad, with bacon, tomato and a little crushed red pepper flakes.

And as homage to the restaurant, she includes sweet potato bread, sweet potato pie and Sweet Potato Cake with Brown Sugar and Bourbon Glaze. Add that to your Thanksgiving menu and watch your guests snore away the afternoon.

Finally, she does a number of menus pairing dishes in the cookbook.

It will be good to see her again and listen to her talk about food, which has become her life.