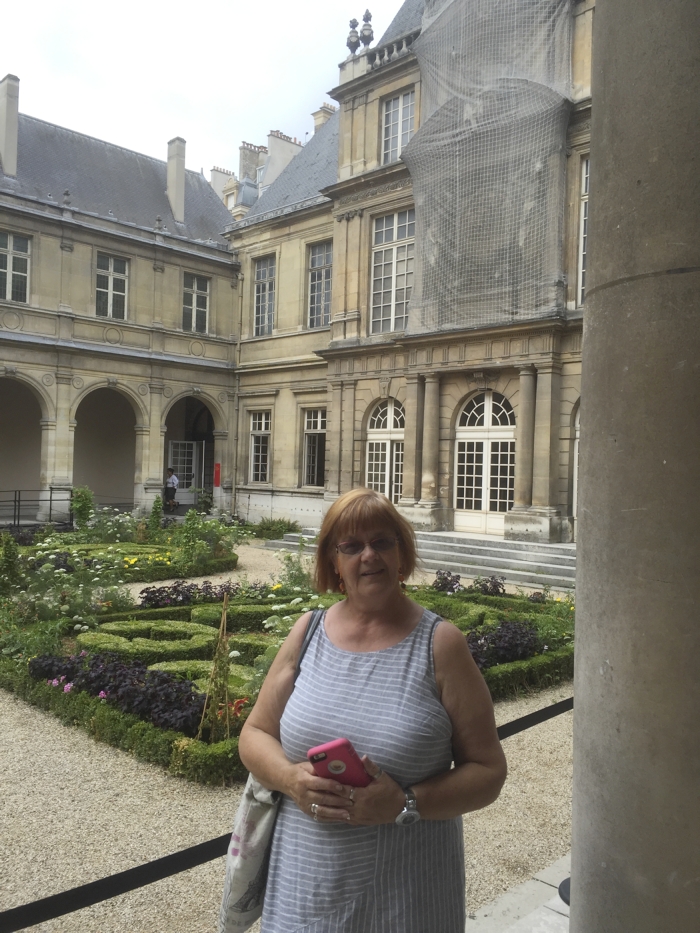 During a 2015 trip, Annick Nurisso of Salisbury stands in the gardens of Paris' musée Carnavalet, a museum dedicated to the history of the city. Submitted photo

For Annick Nurisso of Salisbury, last week’s terrorist attacks in Paris were more than a news story; they were an attack on the city where she grew up.

She lived in a Paris suburb almost 17 years before her mother reconnected with an American G.I. she’d met during World War II some 25 years earlier. They decided to marry, and Annick came to the United States with her mother and sister.

Now a French teacher at Rowan-Cabarrus Community College, Annick has returned to Paris many times with students and with her husband, Neil.

The Nurissos visited Paris this past July, just six months after the terrorist attack on the staff of Charlie Hebdo magazine in Paris.

“I just thought it wouldn’t happen again,” Annick said. “Today I was kind of angry.”

And the more she thinks about it, she said, the angrier she gets. The victims of the attack were out for fun on a beautiful evening, going to concerts, eating in cafés, sitting outside — doing the things people do in Paris. Why would terrorists want kill them?

“They were destroying innocent people for no reason,” Annick said.

Images from the attack upset her. “I saw a picture of a child that had been killed,” she said.

A young U.S. college student who died in the attack was just going out to dinner. Annick would like to ask the terrorists, “Why is that taking away from you?”

She said has noticed increasing diversity in the French population in recent years. France has a large population of Muslims and “not everything is rosy,” she said. There is tension.

Annick said she knows tragedies happen all over the world, including other terrorist attacks. “But Paris — this’s so close to my heart.” Next summer Paris will be close in a literal sense as she and Neil visit France again.

Neil echoes s his wife’s sentiments, including determination to return to the City of Light.

“I feel very sad,” Neil said, “but will it deter us from going? No, it will not. (We) cannot let these folks dictate where we can go, or how we live our lives.

“We go every year and plan on doing that as long as we possibly can.”

Friends who still live in Paris texted or posted messages on Facebook that they were OK, Annick said. And she was touched Saturday when one of her students texted her a message about the attacks.

In class Monday, Annick said, students seemed afraid to ask questions but eager to hear what she had to say about the attacks.