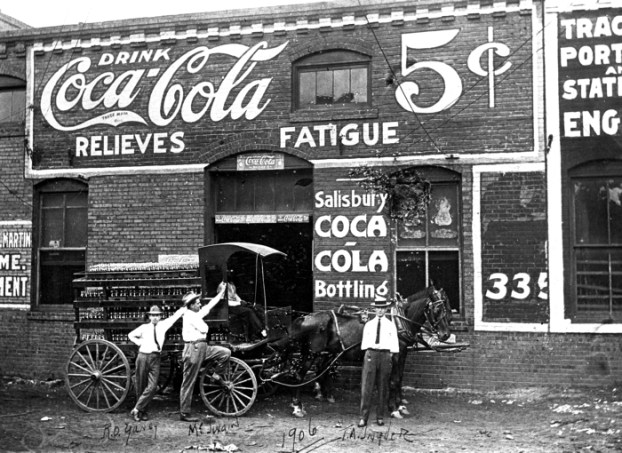 Yesterday: The early days of Coca-Cola in Salisbury

Coca-Cola came to Salisbury in 1905 with the opening of a plant that had a foot-powered bottling machine and a horse-drawn delivery wagon. The building on East Council Street was later used as Mickle Tire Co.

This photo was taken the next year. The wagon driver is Amos Misenheimer. Standing by are R.D. Yancy, a Mr. McSwain and plant manager Temple A. Snyder. The plant relocated and grew several times. In 2009, the company closed its Salisbury facility.

Great running conditions for Share the Care 5K on Saturday

Drew Staley and Acquawon Stallworth were the big winners on Saturday morning in the Rowan Hospice Share the Care 5K.... read more