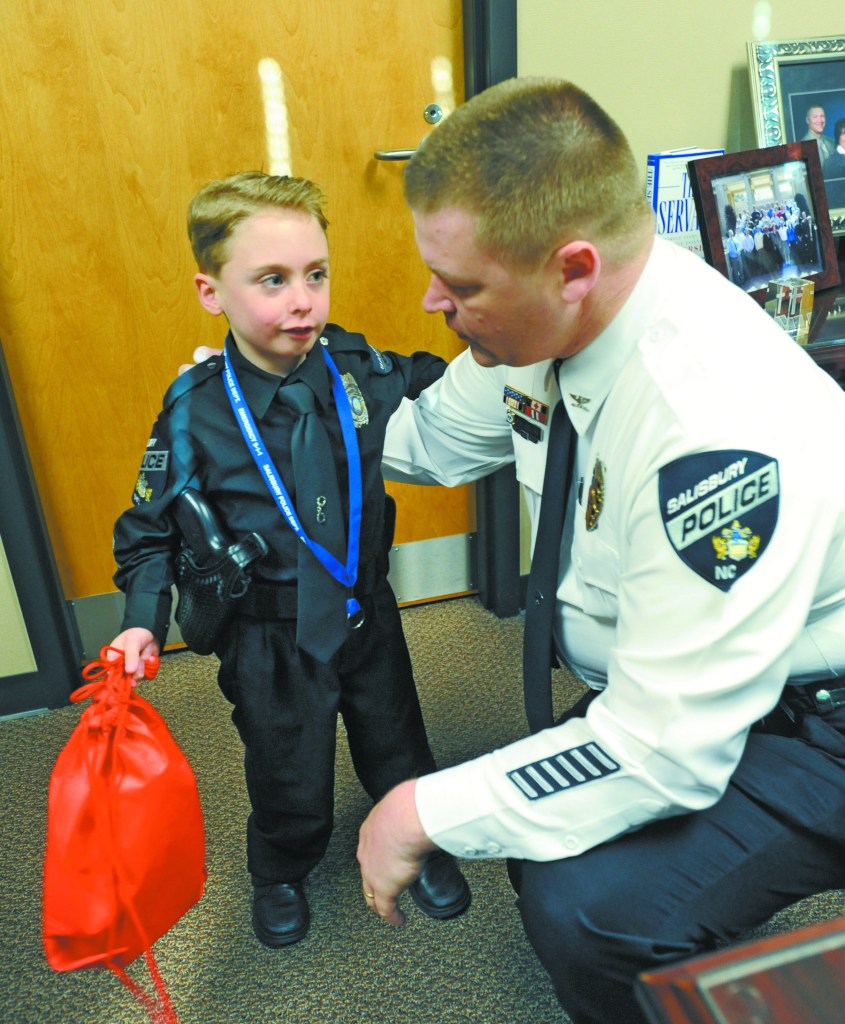 Rory Collins, chief of the Salisbury Police Department since 2010, is retiring next month.

“After much thought and prayer, I am making this decision 100 percent on my own, as I simply feel the time is right to begin that next chapter of my life,” Collins said in an email to his staff Friday night. “That chapter, I assure you, will be one that involves much less stress than the chapter I am now choosing to close!”

A statement issued by the City of Salisbury on Saturday said Collins “has announced his intention to retire from the city effective Thursday, Dec. 31.”

Collins, 46, has been a lightning rod for criticism as the city has grappled with violent crime, particularly in the West End neighborhood. He reorganized his department more than once and said statistics showed the crime rate was decreasing.

But the city continued to be plagued by outbreaks of gun violence, and several murders remain unsolved.

A former Marine, Collins has a background in local law enforcement spanning 25 years.

According to his City of Salisbury bio, Collins began his law enforcement career in 1990 as a courtroom bailiff with the Rowan County Sheriff’s Office. He joined the Salisbury Police Department in 1995, and served in several positions prior to being named deputy chief in 2008.

Prior to his March 2010 promotion to chief by then-City Manager David Treme, Collins planned and oversaw the department’s services division which included hiring, recruitment, training and development.

In the statement announcing Collins’ retirement, Salisbury City Manager Lane Bailey praised Collins’ leadership. “No doubt he had a challenging job in leading the policing of the city, but he always did so with courage and passion,” Bailey said.  “(Collins’) contribution to the Salisbury Police Department is invaluable, and we wish him well as he enters retirement after a long and distinguished career.”

“It has been my pleasure to work with Chief Collins for six years,” said Mayor Pro Tem Maggie Blackwell, reached via email. “I have always found him to be a man of integrity and he certainly has my respect. I wish him all the best in his retirement.”

Kenny Hardin, elected to the Salisbury City Council on Nov. 3, said he thinks Collins’ decision is “the best thing for the city, and for healing relationships.”

“I don’t think there’s a great relationship between a lot of the community, specifically the black community, and the police department,” Hardin said in a phone interview. “So I think this will go a long way in helping heal those relationships.”

Hardin said he believes the next chief should be hired from outside the Salisbury Police Department and that “a top-to-bottom analysis of the leadership” is also needed. “I think we need a fresh perspective from the outside,” Hardin said.

The Post attempted to get comments from other members of the Salisbury City Council, but was unable to do so before press time.

Below is the text of an email Collins sent to his staff late Friday night:
Friends,

It is with a bit of anxiety, and also with a lot of joy and excitement, that I announce to you my decision to retire from the law enforcement profession.  I plan to make this official on Monday of next week by submitting a 30 day notice prior to retirement.

This decision has not come easy and is something I have considered strongly for some time now.  After much thought and prayer, I am making this decision 100% on my own, as I simply feel the time is right to begin that next chapter of my life.  That chapter, I assure you, will be one that involves much less stress than the chapter I am now choosing to close!

One thing I can share, without a doubt, is that, during my time as your chief, I have stood on my values and made decisions which were based upon the high standards that I have always tried to uphold for our agency.  Many of those decisions, which I had to make during the course of my chief tenure, were very difficult and life-changing, but each were made with this same standard in mind and based solely upon what I believe to be right.

I have also stood firm in many situations in support of this department and the great work that you all do.  As you know, I have had many situations in which some from our community have alleged wrongdoing against our troops, our department, and certainly myself!  In those instances, I have been able to stand firmly against them and produce evidence to counteract those complaints.  As I’ve said many times, as long as we are doing the right things, for the right reasons, right will always prevail.

Throughout my career, I have truly been blessed to work with some of the finest men and women that the policing profession has to offer.  I am extremely proud of our department and each one of you.  I firmly believe that, though we have a lot of young and developing officers among our ranks, our agency is stronger than it has ever been in many ways!  We also have a very strong and well-developed leadership team, who are highly capable of carrying on with our goals/objectives and daily missions.  Lastly, our agency has enjoyed a significant reduction in citizen complaints over the past 4.5 years and our crime rate continues to trend downward each quarter.  I have every reason to be very proud of your accomplishments and totally confident in your continued successes!

I want to wish each of you the best.  For those of you who have been my support and backbone over the last several years, I truly thank you.  I pride myself in being able to leave our agency knowing that I gave my best each day, that I let the Lord lead my tenure here, and that I never wavered from my values and principles no matter the person or the situation.

I will continue to pray for your safety, as I have done regularly.