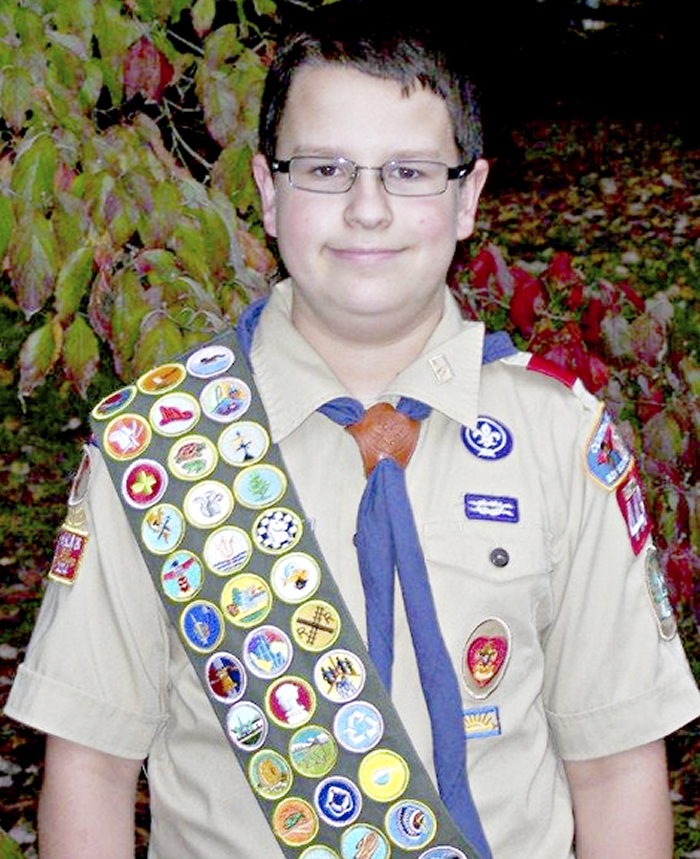 Luke Christopher Brady, 13, is receiving his Eagle Scout Award today, Nov. 15, 2015, in the 11 a.m. service at Milford Hills United Methodist Church. Scoutmaster Henry Trexler of Troop 443, which is sponsored by St. John’s Lutheran Church, is presenting the award.
As a Cub Scout, Luke earned the Arrow of Light and was awarded the Carl Doby Courageous Cub Award in 2013. As a Scout he has earned 45 merit badges and is currently senior patrol leader. He is a member of Order of the Arrow and has earned three Historic Trail awards, two summer camp awards and the Scout Spirit Award in 2013 and 2014.
For his Eagle project, Luke built and installed 10 benches and cleared a trail behind Old Stone House in Granite Quarry, which is owned by Rowan Museum. He is being honored at Rowan Museum’s 62nd anniversary meeting in November.
The son of Elizabeth and John Brady Jr. of Salisbury, Luke is an eighth-grader at Knox Middle School.