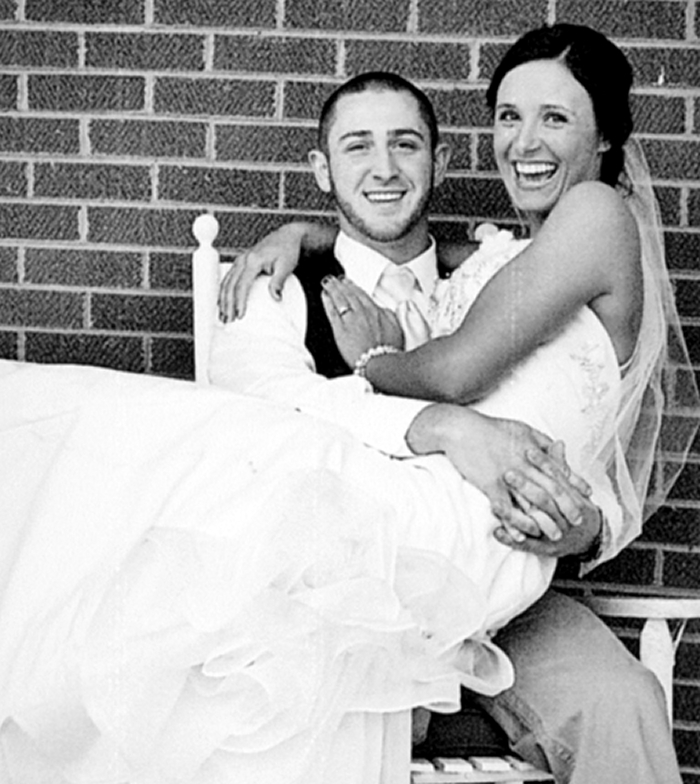 WOODLEAF — Amira Karat and Casey Reavis were married Oct. 10, 2015, at their “home to be.” Rev. Chris Williams officiated the 5:30 p.m. ceremony.
The bride was escorted by her father. Bridesmaids were sisters of the bride Arijana Halilovic and Aida Hendrix, as well as Samantha Wells and Annie Barnette. Mirela Halilovic was flower girl.
The groom’s father was best man. Groomsmen were brother of the bride Amir Karat, Samuel Smith and Brett Hendrix. Joshua Smith was honorary groomsman.
The bride is the daughter of Samir and Senada Karat of Salisbury. A graduate of West Rowan High and RCCC, she is a Radiologic Technologist at the VA Medical Center.
The groom is the son of Steve and Marcia York Reavis and grandson of Franklin and Betty York and the late Pete and Margaret Reavis, all of Woodleaf. A graduate of West Rowan High and RCCC, he is a Radiologic Technologist in Concord.
After a cruise to the Bahamas, the couple are living in Woodleaf.