Editorial: What next for Salisbury Police Department? 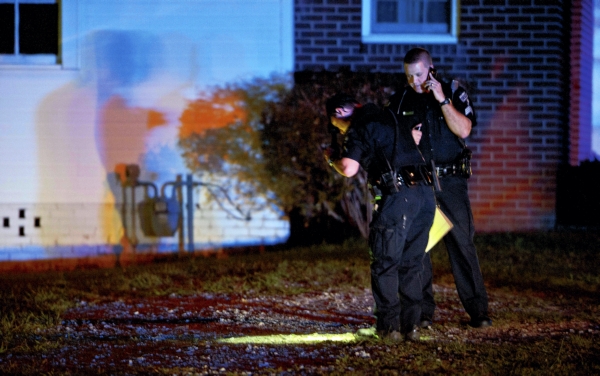 Salisbury Police Chief Rory Collins, 46, says he’s retiring from the city force at the end of the year entirely of his own volition. After five years as the city’s top cop, he’s ready to start a new chapter in his life. A line in the chief’s letter to his staff speaks volumes: “That chapter, I assure you, will be one that involves much less stress than the chapter I am now choosing to close.”

Even if no one told Collins to pack his bags, the collective pressures of the past two years were all the message he needed.  This departure is both logical and well-timed.

The past two years have been especially tough for the chief. Citizen complaints about crime in the West End brought increased scrutiny to the police department, and it didn’t help when one of Collins’ solutions, a part-time satellite office, fell flat. Meanwhile, the city has accumulated about 10 unsolved murders over the past five years. The fall campaign for city council included an unprecedented level of criticism for the chief. The revelation that Collins was holding down a second, part-time job was a shocker.

Collins has had his successes, too, probably more than the public will ever know. His department solved at least eight murders under his tenure, even as it suffered budget cutbacks. Claims by two pastors that officers treated them rudely during traffic stops were completely repudiated by video footage. Salisbury Police and the Rowan Sheriff’s Office proved to be strong allies in fighting crime.

City government is also beginning a new chapter, to borrow Collins’ metaphor. Mayor Paul Woodson and longtime council member Pete Kennedy did not seek re-election; a new mayor and two new council members are about to take office. Collins’ successor will be named by City Manager Lane Bailey, himself a relative newcomer to Salisbury City Hall.

The next chief may quickly understand Collins’ decision to retire, facing a young police force stretched very thin, a vocal citizenry with high expectations and a criminal element with less and less respect for the law. The Police Department needs an experienced leader still eager to solve the puzzle that is modern crime. When it comes down to it, the chief is in charge of more than a police department; the safety and success of the entire city are at stake. The job comes with stress built-in — and the opportunity to do a tremendous amount of good.