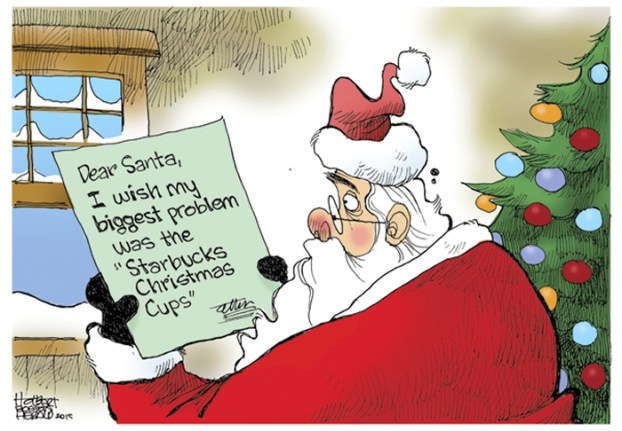 Talkback: What online readers stay about …

… Kenerly on three who died: ‘Our most precious asset’

My deepest sympathy to the family of Charles Lee. Also, my gratitude for this fine young man’s courage and commitment to his Squad and our country. Thank you to Mr. Kenerly for remembering him and reminding all of us about the sacrifice of these brave men.

Like the three men he remembered, Bill Kenerly is also a hero and a very articulate one who reminds us what’s important and helps all of us memorialize the history of our times.

Thank you so much for your service, Bill – then, and now for helping us to remember these three outstanding American men.

Here’s the rub: Would this be happening if Fibrant didn’t exist? Or would Salisbury have to deal with the same service offerings other similar sized cities have to offer? It sure seems AT&T and Time Warner want to pour upgrades and lower prices into Salisbury these past few years. How does that compare to other towns?

It seems that the city would be able to react to competitors’ price cuts as part of the business plan it devised before borrowing an initial $33 million, plus the $7.6 million from the funds that had been previously set aside for water/sewer infrastructure improvement.

I’d say Fibrant is still a better deal. When you call, you speak to someone in Salisbury rather than Indonesia. Speeds are actually what they advertise, it’s unlimited and they don’t spy on your browsing.

As a former AT&T employee, I welcome their gigabyte Internet service to our city. Competition is a good thing. Salisbury has put all of their eggs in one basket (Fibrant) when they should have been seeking other job opportunities besides dollar stores and mattress stores.

No one can say the city council was not warned this would happen.

… Veteran J.L. Horton: ‘I just did what I was supposed to do’

What a story! Omaha Beach, Battle of the Bulge, liberating a concentration camp. And he came home to raise and family and be a success at his chosen occupation. So glad he is still here to tell his story to others.

… Rip Kersey: What I learned on the way to the election

I appreciate Rip sharing his odyssey and shedding light on this process. While I can relate to some of his views on the campaign, mine were quite a bit different. I’m not going to detail much because I don’t want to detract from his words nor the importance of what he shared to those who may consider a run in the future.

… I will always be cordial and respectful, but I care little about offending others in the face of truth. That was the most disappointing thing to me during this campaign and the difference in what Rip and others endured.

Sadly, I received the most racist, hate-filled and threatening communication during the campaign. I had enough angry idiots call me, message me, approach me while I was out and even had questionable characters knock on my door at my home. On good advice, I applied for a gun permit and purchased protection.

I had blacks tell me to stop being so outspoken, calm down and stop scaring white people. I had white people telling me I was being too black, taking too many pictures with black people and I had better recognize I needed white support. I wonder if the other candidates endure this?

Aside from that, I truly enjoyed this process and look forward to getting to work.

Good thoughts to share, Rip. It takes a lot of courage and a desire to truly help others to put yourself “out there” as a candidate for anything.

… Phil Kirk: School system has a plan to succeed

Phil, we are in agreement with the exception of the 50-50 compromise. There is no compromising with the current legislature. It should be based on progress and growth with tests used as diagnostic tools. Standardized tests used to measure the achievement of unstandardized children is pure folly.

The challenge to those who claim the presence of the “good old boys network” who pick and choose the city leaders is that those same people who would be considered part of that (for want of a better term) “Fulton St & Country Club Crowd” are also the same people who, trends show, are the ones who go out and vote.

I hope the Fulton Street and Country Club crowd are OK with the inevitable property tax increases when the state takes away the water system and the City still has to cover the expenses and debt of Fibrant. If that is how it plays out, no one deserves it more.

I can’t believe Mayor Barbara Mallett is even being thought of like this. I, personally, have noticed how she has taken so much of her valuable time to assist in bringing the town East Spencer on the map. She has done an excellent job in our community and I don’t think it is fair to have this negative journalism about her. If there is another election process, don’t be surprised if more of the community come out and participate in voting for her.

They really need to recall the whole election. Because aldermen on her ballot leaflets that were given to voters received a soar in votes to get re-elected to the board. Based on intimidation tactics exhibited.

You would be better served by graciously accepting that defeat and turning your attention to how you might, if you wish, mount a more effective and successful campaign in the future.

The word I get from my friends, colleagues, and associates — the great majority of whom can in no way be accused of being members of the so-called “Salisbury elite” — is this: let us now begin the tasks of joining forces, identifying root causes of problems and move all of Salisbury in a positive direction.

…There is a cause for concern — 84 percent of voters chose to stay home.

Having worked on several campaigns, I can relate to how it feels to lose. After working so hard, it feels as if you’ve been kicked in the gut. But it’s imperative to “take the high road” and be a mature adult about it. Ms. Johnson’s chances of winning any office in the future have diminished, considering her behavior.

You are better than this. There are other ways to serve your community. Thank your supporters and show respect to those candidates who were elected; then go and find another way to serve and try again next time.

… My Turn: Talking points on the GOP debate

The writer made six points, most of which in no way even came close to resembling the truth. The GOP is indeed running “against Obama,” because none of the Democrats plan to reverse Obama’s policies, but to continue them.

Obama is leaving his successor almost double the amount of debt he himself “inherited;” that isn’t anyone’s fault but his own. The investigations into Benghazi cost virtually nothing; congressmen are on salary, and get paid whether they investigate or do nothing (and the investigations need to continue).

All candidates have an “ego;” to say otherwise is childish. Obama and Hillary have based their entire careers on blaming others for their own actions; no one else even comes close.

… Larry Efird: Do I teach at a low-performing school?

Amen, Mr. Efird. A.L. Brown is one of the best schools in which I’ve ever taught. Even now, as a retiree teaching A.L. Brown students online, their heart comes through.

If I need help with a student or my students need help, there is always somebody “in the building” I can call. There is nothing low-performing about A.L. Brown except the “know-nothing” that set these arbitrary goals. Beautifully-written article!

Thank you, Larry, not only for being such a dedicated teacher, but also for speaking out for all your talented colleagues.

Thanks Larry. How you feel about AL Brown is how I feel about Kannapolis Middle School!

Beautifully expressed! And so true.

A large donation like this was a nice gesture but there are better charitable organizations which support veterans. Only 60% of the money donated to the Wounded Warrior Project actually goes to help a veteran the rest goes to promotions and CEO salary and bonuses. As compared to the Semper Fi Fund and Hope for the Warriors in which 92% of the money donated goes to help a veteran.

… China Grove woman talks about her battle with breast cancer

Love this lady so very much! Thankful she is a fighter. Prayers always!

“I’ve coached for 18 years and this is one of the finer moments.” — Coach Darryl Williams, Livingstone College, after the Blue... read more