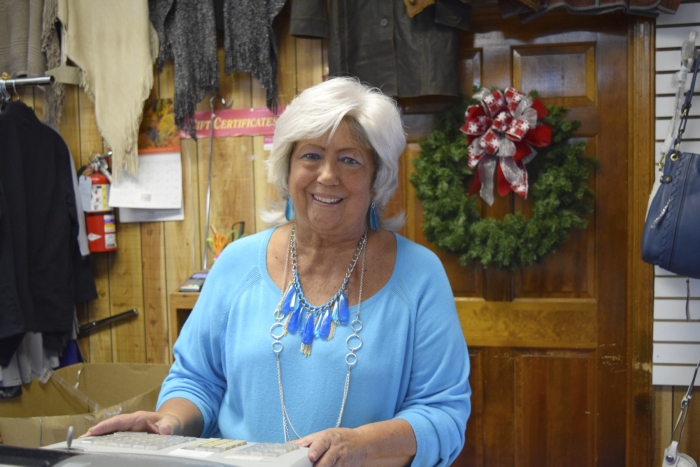 CHINA GROVE — Lyndall Campbell turned 68 this year. When she’s asked about her age, she’ll tell you she’s “thrilled to be 68.”

To Campbell, each day is a gift. That’s because the former teacher has been battling breast cancer for more than 20 years.

Campbell moved to China Grove just after graduating from Appalachian State University in 1969 and took a job teaching Spanish at South Rowan High School. It was her first, and only, job. She spent 32 years there, watching her students grow up and have children of their own — she taught their children, as well.

“It became a generational thing,” she said, “and I loved it.”

She likes to joke that if she’d stayed on a bit longer she could have taught the third generation.

In 1994, her world shattered when an annual mammogram turned into a cancer diagnosis. She was 47. The day is still vivid — everyone cried but her, she remembers. Campbell had mammograms come back with an anomaly before, and each time she’d worry. But each time it turned out to be nothing. The day the test came back with cancer, she says, she was perfectly calm.

“God really does give you the peace you’ve heard about all your life,” she said.

Her doctor told her that the tumor had been growing for seven years. Because of family history — a mother and an aunt both diagnosed, and both dead young — Campbell wasn’t planning on taking the news lying down.

“When you hear that diagnosis you want everything done yesterday,” she said.

Despite a doctor’s advice that it wasn’t necessary, Campbell and her husband talked it over and decided she should get both breasts removed in a bilateral mastectomy.

“We wanted to be very aggressive,” she said.

The surgery was a success, but in 1994, she says, there wasn’t much available in preventative cancer treatment. When Campbell asked about getting preventative chemo after her surgery, she was told she didn’t need it.

“You can’t get breast cancer anymore, your breasts are gone,” she says her doctor told her.

So, Campbell picked her life back up. She spent time with her two children and her grandchildren. She kept teaching Spanish in the same classroom she’d been in since 1969, and after 32 years at South Rowan, she retired. She kept regular cancer check-ups at Duke. In all, it was a peaceful life.

On Aug. 25, 2007, she went in for her regular appointment at Duke and was given a clean bill of health. But God intervened, she said, when she and her husband, Michael, decided to swing by the DMV on their way home. She calls it a miracle.

Campbell just wanted to renew her license. But says that she and Michael had a small argument about whether or not she should keep her CDL license, or just get a regular one. Michael wanted her to keep it, but renewing a CDL license requires a physical—and after a day at Duke, the last thing Campbell wanted to do was go to another doctor’s office.

But she gave in. A blood test during that physical revealed elevated tumor markers. A CT scan with her local doctor and a PET scan at Duke gave her a diagnosis: advanced stage 4 metastatic breast cancer. This time, she cried.

Campbell was told that it was the same cancer she had in 1994, returned to haunt her. Despite multiple nodules in her chest, Campbell rose to the fight yet again

She began anti-hormone therapy, and switched her care to Chapel Hill. At her first appointment, her new oncologist asked Campbell what she wanted from her treatment. Campbell’s request was simple: she wanted to attend her granddaughter’s wedding.

“How old is she?” the doctor asked.

Campbell told her that her granddaughter, Chloe, was 7.

In 2010, the anti-hormone therapy stopped working, and Campbell was told that she had too many tumors for radiation to be effective.

“Chemo was all we were left with,” she said, “and the Lord.”

But the uncertainty of switching treatments wasn’t the only thing Campbell faced that year. After 68 years of living, and a 20-year battle with cancer, Campbell says she has some perspective.

“A cancer diagnosis is not the worst thing that can happen to you,” she said.

For Campbell, it was losing a child. On Aug. 31, 2010, she received a call that her son, Marty, had committed suicide.

“Nothing physical hurts as much as losing a child,” she said. “That’s the worst pain I’ve ever felt. For the rest of my life, no matter what happens, every pain will be less than that.”

The news of his death hit Campbell, and the rest of her family, harder than any sickness could have. Fighting cancer and weak from chemo, Campbell rallied to keep her family together through their grief. She says she turned to the Bible, and God, for comfort.

“Where are you gonna go but to the Lord when you have these problems,” she wondered.

The grief still lingers, but slowly, they’re healing. Campbell has photos of her two grandsons and her daughter-in-law tucked away in her purse, and she slaps them on the table with pride. There’s also a photo of Marty on his wedding day, flashing a smile. She holds the picture with great care, and her smile is softer when she looks at it.

Campbell’s granddaughter Chloe is 15 now, and has a young sister in kindergarten. Campbell plans to be there for both of their weddings. She says she’s switched to pills for chemo now, instead of an IV.

A recent doctor’s visit revealed that her tumor markers are down. Once, Campbell says, she gathered her courage and asked how long she had left and was told she had three years. That was five years ago. Every day she’s alive is a good day, she says.

“You know people talk about the weather?” she commented, “I’m above ground — it’s great weather!”

Tumors have cracked her ribs and invaded her spine, but Campbell didn’t let cancer stop her 20 years ago, and she won’t stop now. She works part time at Quality Clothing in China Grove, and whenever she can, she tells her story and promotes breast cancer awareness.

She encourages women to know their family history, get a yearly mammogram and to take a list of prepared questions and a notebook to each doctor’s visit. A teacher to the core, Campbell knows that knowledge is power.

“One doctor told me to stay off the internet,” she said, saying he believed the information would scare her, “I’m not gonna do that.”

And wherever she’s invited to speak, she talks about the grace God’s given her.

“If I’m trying to promote myself, it’s a flop,” she said, “It’s gotta be about Jesus or others.”

Kenerly on three who died: ‘Our most precious asset’