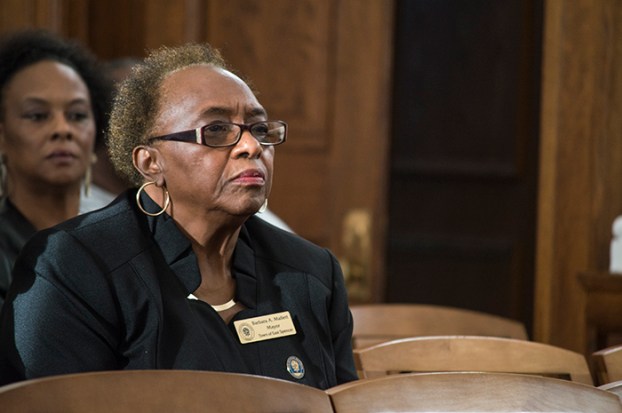 Board of Elections dismisses allegations against Mallett

The Rowan County Board of Elections found Mallett violated election laws in some way, but didn’t commit an error significant enough to affect the final outcome. In the East Spencer mayor’s race, Mallett received 181 votes. Her next closest competitor, Rhonda Kerns, received 39 votes.

Following the election, Kerns alleged multiple election law violations by Mallett and East Spencer precinct officials. Kerns’ most significant accusation was that Mallett escorted voters inside of the town’s polling location to cast votes. She presented multiple pictures, a cellphone video and anecdotal evidence to back up her allegation.

Board of Elections member John Hudson made a motion to dismiss Kerns’ allegations following a hearing that involved a parade of East Spencer town council candidates and precinct judges. It was seconded by Board of Elections Secretary Gus Andrews. It passed unanimously.

The Rowan County Board of Elections’ ruling can be appealed to the state board.

A full story on the hearing will appear on Thursday’s Salisbury Post.

“Voices from the Margin’ focuses on education