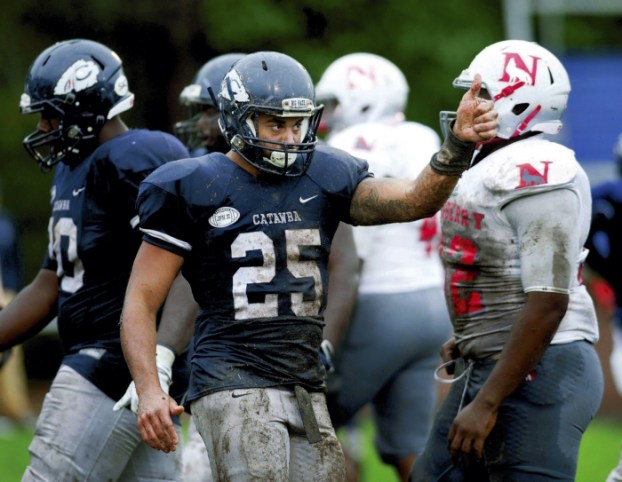 JON C. LAKEY / SALISBURY POST file photo... Running back Cary Littlejohn (25) signals the coaching staff from near the end zone during Catawba’s 17-13 win over Newberry on Oct. 3. The win was the first of six in a row and is looked at now as the turning point in the Indians’ season.