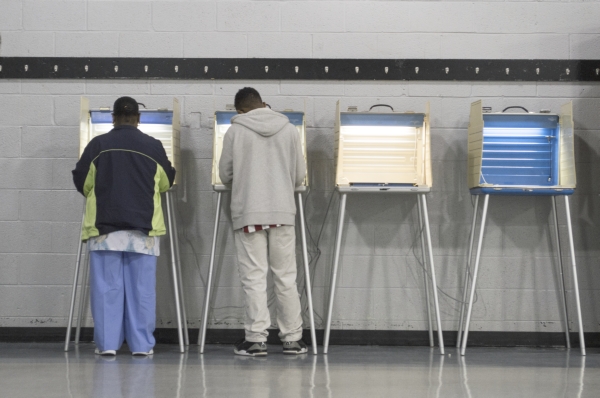 Rip Kersey: What I learned on the way to the election I recently finished my campaign for a seat on the Salisbury City Council. I finished 9th – not what I was hoping for. I’m writing these words to capture my insights and emotions during the campaign before they escape me in a fog of inaccurate memories. I write them more for me than you, but perhaps some budding office seeker will find something of value.

1. The campaign is long. It’s a marathon. Well, maybe a half marathon. The county commission race is the marathon. The serious candidates are campaigning in August for the November election. More confident candidates wait until after Labor Day, but it’s long and tiring. It puts stress on your body, your job, your family, and everyone who knows you. I got tired and irritable. Sorry friends and family.

2. It takes money. Less money the more well known you are, but money. No one likes asking friends and supporters for money, but I went so far as telling some not to give it to me. I believed that their money was better utilized by Rowan Helping Ministries, their church, or a family in need. I had a scarcity mentality which didn’t serve me well. I thought I had spent enough, about the amount that Pete Kennedy usually spent. Well, I’m no Pete Kennedy!

3. You need a thick skin. You’ve also got to give your competitors credit for being able to take criticism. My key supporters asked me why I didn’t bring up the mistakes and shortcomings of the past Councils. I believe that many of the city’s current issues trace back to our previous city manager and decision of the then sitting council to promote him in 2011. I rationalized not raising those issues by telling myself it was ‘water under the bridge’ and nothing could be done about it now. The truth is I was uncomfortable criticizing some people that I know and respect. The truth is also that I was uncomfortable talking about the son of a man sitting next to me. I should have given the incumbents and the father credit for being able to take negative feedback. I know now that they could.

4. People have valid concerns. I met people that would not have crossed my path had I not been involved in this campaign. I met seniors, juniors, bicyclers, walkers, business owners, west enders, north enders, and the other candidates. I met city officials and workers. I met stakeholders from all parts of the city. Most had something to say and could say it. I never encountered anger or disrespect, and I’m better off for having met them. I’m a little smarter too.

5. You have friends and family. Mine amazed me. Eight people drove around the city for a month with my magnetic signs on their cars. Several friends and an ex-wife took a day off work to man the polls for me – beat that if you can! Individuals asked for signs to put in their yards. I had more calls, emails, and facebooks than I can count. I’ll never forget it and I hope I didn’t let them down. Team Kersey did a great job. Thanks!

So that’s my story, prospective candidate. I’m sure you would hear a common theme from most of the candidates. Get involved, learn from my experience, and enjoy the journey.

Rip Kersey is a real estate agent in Salisbury.

RALEIGH — It may be hard to believe given the results of this fall’s municipal elections, but not so long... read more