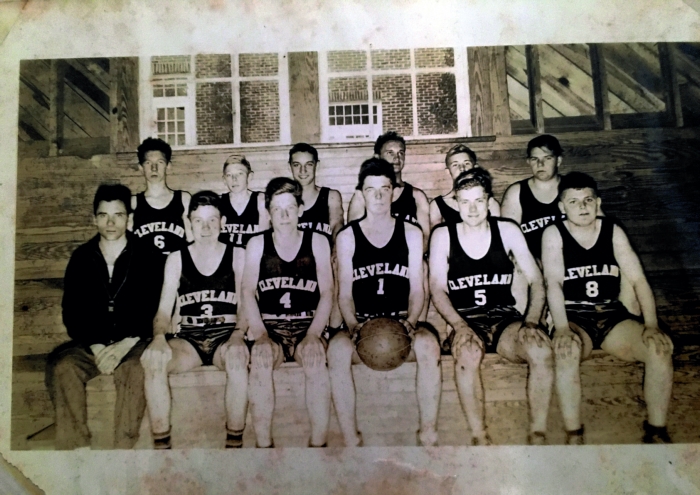 Kathy Graham Pulliam provided this photograph of the Cleveland High School basketball team from some period in the 1930s. Her late father, Charles Graham, is No. 8 and sitting on the far right of the first row. The tall fellow in the middle is Kathy’s uncle, the late Jim Graham (No. 1), the longtime N.C. agriculture commissioner from Rowan County. Kathy says the boy behind her father is Paige Graham, a ‘very distant’ relative on her Graham side of the family. Paige Graham was mayor of Cleveland in later years, as was Kathy’s father, Charles.