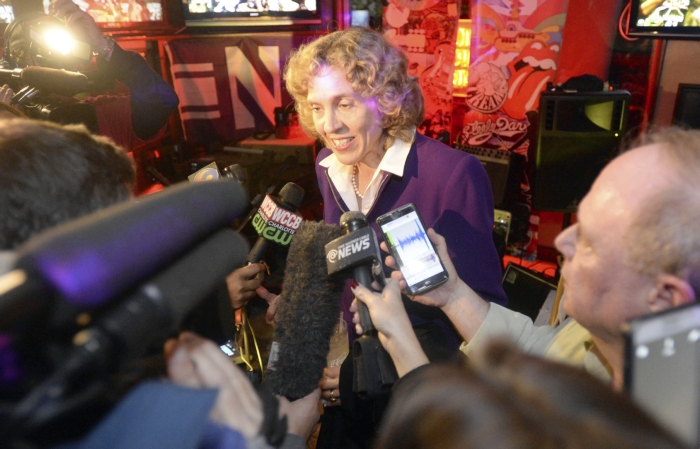 RALEIGH — It may be hard to believe given the results of this fall’s municipal elections, but not so long ago Republicans competed effectively with Democrats for political offices in North Carolina’s largest cities.

Gov. Pat McCrory, for example, spent 20 years on the Charlotte City Council, from 1989 to 2009, as either the mayor or an at-large council member. Republican mayors and council members were not uncommon in other large cities during the same period. Indeed, there was a moment in the mid-1990s when four of North Carolina’s five most-populous cities had Republican mayors.

That’s not what our urban politics looks like today. In the aftermath of the 2015 election cycle, the only large city in North Carolina with a Republican mayor is Fayetteville (Nat Robertson). In Raleigh, not a single registered Republican remains on the (officially nonpartisan) city council. And in Charlotte, Democratic Jennifer Roberts clinched that city’s mayoral election despite having to win a tough party primary and facing a Republican opponent, Ed Peacock, who drew the endorsement of the liberal Charlotte Observer.

So, does the Democratic upswing in urban politics mean that the GOP is in trouble in North Carolina? Not really. To understand why, it’s important to keep in mind that most North Carolinians don’t live within the city limits of places such as Charlotte, Raleigh, Durham, and Greensboro.

The state’s metro areas are certainly growing rapidly — and, as a result, the share of North Carolinians living in rural areas has declined. But many of the fastest-growing neighborhoods in those metro areas are found in places such as Wake County’s Apex and Wake Forest, Mecklenburg County’s Huntersville and Mint Hill, and suburban counties.

There are two trends occurring at the same time. One of them is that as people move to North Carolina, many are choosing to live near but not within the limits of major cities. The other trend is that North Carolinians who used to live in places like Charlotte and Raleigh are relocating. Other folks are moving in behind them, to be sure, and these urban newcomers tend to be Democratic-leaning.

The ones relocating to the suburbs are still casting ballots, as well. But instead of helping to elect Republican mayors in Charlotte and Raleigh, they are electing Republican mayors, sheriffs, county commissioners, and school board members in their new communities.

If you look across the state as a whole, the two parties are much more evenly matched than it might appear if you look only at marquee races in big cities. Of the 100 counties, 52 have Republican-majority commissions. This is not a case in which Democrats hold all the populous counties and Republicans have majorities only in small, rural ones. Many of the GOP strongholds are vote-rich counties such as Union, Gaston, and Johnston where GOP politicians hold many other local offices.

In 1993, when Republican Tom Fetzer won his first race for mayor of Raleigh and helped spark the GOP upswing in North Carolina urban politics, his party controlled just 27 county commissions across the state. It is no coincidence that as GOP candidates began to struggle in the big cities during the first decade of the 21st century, they began winning more county offices.

In my opinion, while this sorting process may have been inevitable, it has had lamentable costs. Like most other fields of human endeavor, politics works best when it is competitive. Races among politicians who share similar views and partisan loyalties are less interesting, less likely to attract high voter participation, and less successful at screening out candidates who lack what it takes to be effective leaders.

North Carolina remains closely divided. For state offices and many county ones, spirited competition between Democrats and Republicans will continue for the foreseeable future. Alas, the same can’t be said for big-city elections.

John Locke Foundation Chairman John Hood is the author of “Catalyst: Jim Martin and the Rise of North Carolina Republicans.”

Phil Kirk: School system has a plan to succeed