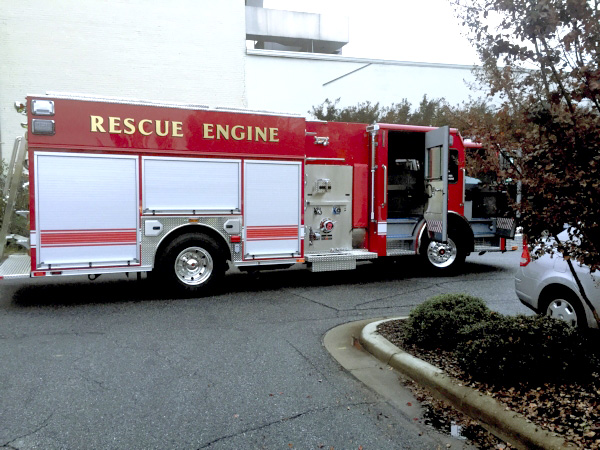 Mary T. Gonzales of the Philippines and Jutamas Kaensuk of Thailand have been staying in Salisbury since Oct. 6 as part of the ICMA program designed to strengthen leadership development in Southeast Asia.

City Manager Lane Bailey is a member of ICMA. The program brings to the United States emerging leaders from Southeast Asia in efforts to broaden their professional experience. Participants are 18 to 35 years old.

Gonzales and Kaensuk will be leaving this weekend for a weeklong stay in Washington, D.C., before heading back to their home countries. During their monthlong stay in Salisbury, the women lived at the city-owned Plaza and were introduced to most facets of city government, with a special emphasis on Salisbury-Rowan Utilities.

Both women are environmentalists in their home countries. Jim Boehmer, head of SRU, was their host for much of their stay, along with Bailey and Ruth Kennerly of the human resources department.

The women gave council members a full rundown of their experiences in Salisbury, including videos of their first Halloween and time spent with the Salisbury Fire and Salisbury Police departments.

“I love the beef here,” Gonzales said, adding that Sweet Meadow Cafe was her favorite restaurant, along with Hap’s hot dogs and hamburgers.

The women attended OctoberTour and participated in the United Way’s Day of Caring. Gonzales said the city’s Fbirant network is “very fast,” and she praised being able to drink water out of the tap. In her country, she said, she must drink distilled water or water from plastic bottles.

Kaensuk listed her top five things as nature and the fall season, Salisbury city services, the city’s clean environment, productive meetings and the cooperation she witnessed among different organizations.

“Everybody’s working together,” she said.

Kaensuk said she also was impressed with how city staff meetings were focused and conducted in a time-efficient fashion.

“Everyone comes on time, which is very good,” Gonzales had said earlier. “When you have an appointment, you have to be on time.”

She said that’s not always the case in the Philippines.

The women said overall they were impressed by the leadership, respect, customer focus and government transparency they found in Salisbury.

“The city of Salisbury is a great place to work,” Gonzales said.

Mayor Pro Tem Maggie Blackwell noted the women were in Salisbury during the election campaign for City Council and were able to be at the Board of Elections Tuesday night as results came in.

Councilwoman Karen Alexander said she was excited to hear how the visitors loved the city’s high-speed internet. Councilman William “Pete” Kennedy said it was obvious after hearing the women that it’s easy to take things for granted here, and he said it gave him a sense of pride in Salisbury.

In another matter Wednesday, Bailey informed council that a pre-application has been made for Salisbury to try to become an All-American City in 2016.

The award is about the community, not about city government,” Bailey said. “… I think our community is definitely an All-American City.”

Bailey was part of Lenoir’s earning All-American status when he was city manager there.

Before and after council’s Wednesday meeting, the Salisbury Fire Department had its new $504,000 Sutphen fire engine on display in the back parking lot of City Hall.

Bailey noted the engine, which will come online in December and is meant to serve the department at least 25 years, can pump 1,500 gallons of water a minute.

Wednesday’s meeting was the first following Tuesday’s election results in which incumbents Alexander, Blackwell and Brian Miller led the ticket. They will be joined on council by David Post and Kenneth Hardin.

Mayor Paul Woodson and Kennedy did not seek re-election.

Woodson congratulated the winners Wednesday and said it had been “a great campaign.”

In another matter Wednesday, council approved a special-use permit for a child care center in residence at 433 Willow Road, which is in Westcliffe.

The permit will allow owner Lamont Savage to operate a daycare in his home for up to 15 children.

Council continued a public hearing Wednesday on Savage’s permit request because it had Savage in September to provide an expert who could speak to how surrounding property values might be affected by his in-home business.

Salisbury appraiser Eric Webster provided examples of how daycare operations affected — or did not affect — property values in other parts of Salisbury or the county.

His conclusions were that values of surrounding properties were most likely based on condition, age and maintenance and not their proximity to a daycare.

Kennedy asked Webster if he had ever known a value to be lower for a house because it was adjacent to a daycare. Webster said he didn’t know of any specific cases.