‘The Magic Tree House’ returns to the Norvell Theater 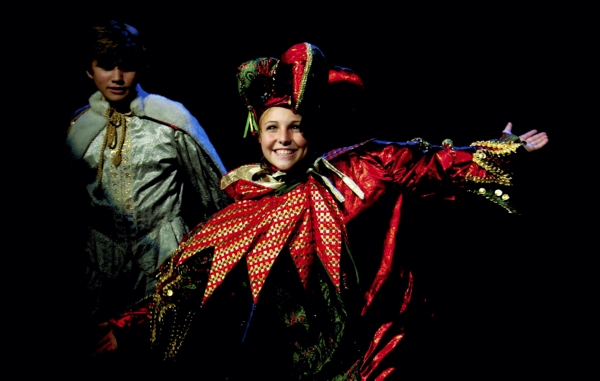 What would you do if a tree house in your neighborhood could transport you anywhere you wanted to go?

Siblings Jack and Annie return to visit the Magic Tree House filled with a magnificent collection of books that can transport the reader to the wonderful faraway settings featured in their pages.

Following the popularity of last season’s production of the first book in the series, “Dinosaurs Before Dark,” in which the siblings were taken back to prehistoric times, PPT’s creative team is continuing the exciting journey in another fun-filled musical based on the second book in the series, “The Knight at Dawn.” This time the Norvell Theater will be transformed into a storybook castle in Medieval England, from feasting hall to dreadful dungeon.

While reading a book about knights and the Middle Ages, Annie is intrigued by the Black Knight and the mysterious quest he says one must successfully complete before becoming a knight. When she wishes to visit the castle in the book, the siblings are whisked away to medieval times and set off to learn more about the Black Knight and his quest.

Through their adventure, the two discover the power of hope and the true meaning of gallantry.

“Magic Tree House: The Knight at Dawn” is an adaptation of the second of Mary Pope Osborne’s award-winning fantasy adventure books from the Magic Tree House book series. The books are number one New York Times bestsellers with more than 100 million copies sold in North America alone.

Highly recommended by parents and educators everywhere, the Magic Tree House introduces young readers to different cultures and times in history and has inspired reading in countless children all over the world.

And now, Piedmont Players Theatre will give North Carolina students the opportunity to see the pages come to life live on the Norvell Theater stage!