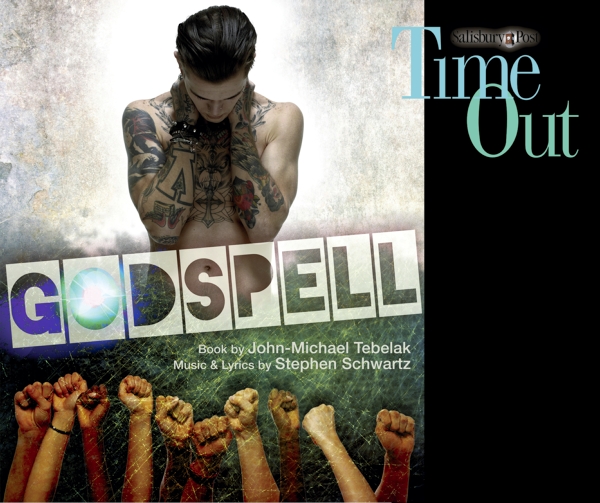 “If I had to choose one word to describe the show, it would be love.” — Professor Joe Hernandez, director

In Catawba College’s production of John-Michael Tebelak and Stephen Schwartz’s “Godspell,” director Joe Hernandez dissects the nitty-gritty details embedded in the script of a 20th century musical theatre staple. The script presents the Gospel from the Biblical book of Matthew in a fun, simplistic fashion with Jesus and a group of players.

Written as a rock musical, Godspell is a show that too easily slips into simple lightheartedness. Hernandez’s approach modernizes the show to fully realize the concept of community. One of the reasons Hernandez savors the challenge of “Godspell” is because he loves creating arts that makes a difference. Hernandez will do so in this production by incorporating modern societal struggles.

Catawba’s “Godspell” focuses on issues that impact contemporary American culture, especially for those who look different, whether by skin color, chosen gender, or scars from past mistakes. Whether atheistic, unsure, or desiring to be a follower of Christ, everyone will be able to see themselves represented in some way. Each character struggles with a specific burden, ranging from drug addiction to spousal abuse. After opening up and accepting Jesus, each character experiences a transformation. No matter who you are, what you look like, or where you come from, you will know that you are loved by Jesus.

Senior BFA Musical Theatre major Jean White of Bluffton, S.C., plays Uzo, who is developed as a transgendered character. In this production, Uzo transforms from a typical, attractive, socially accepted female into a man tormented by social judgment and rejection. After finding Jesus, Uzo finds acceptance in perfect love.

Although this theatrical portrayal is much more controversial than the original, the cast has made the conscious decision to focus on the joy in the text. White has found the joy in the rehearsal process despite the strong possibility of her character being reprimanded by audience members.

Join Catawba as it production of Godspell takes audiences on transformative journey to discover how director, Joe Hernandez his assistant director, Jessica Weaver of Simpsonville, S.C., and his colorful cast intertwine societal oppression, dance, and lightheartedness to tell a story of love, acceptance, and redemption.

Tickets: $15 for general admission, $13 for non-Catawba students and senior citizens, available at 704-637-4481 or www.catawba.edu/theatretix or at the door.

‘The Magic Tree House’ returns to the Norvell Theater

By Josh Wainright, PPT What would you do if a tree house in your neighborhood could transport you anywhere you... read more