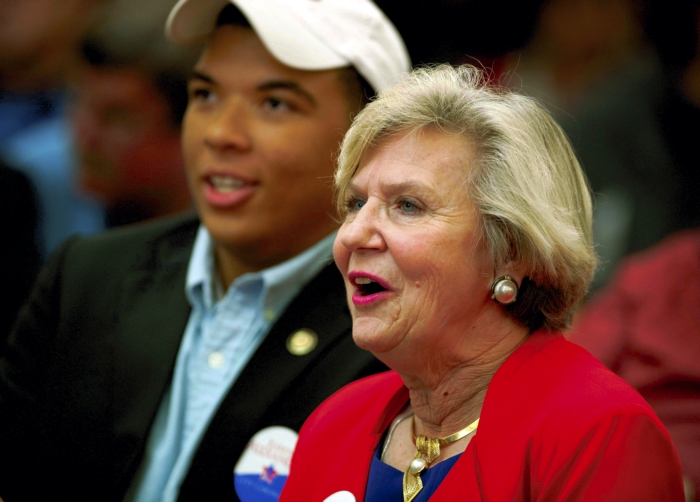 Salisbury voters on Tuesday decided to stick with incumbent members of the city council following a record-breaking campaign season.

Banker Mark Lewis, who previously served on the council, fell about 100 votes short of making the top five and winning a two-year term. The margin, however, isn’t close enough for a recount, according to Rowan County Elections Director Nancy Evans.

Throughout Salisbury’s City Council race, incumbents were occasionally the target for challengers’ criticism. Alexander — who won her second full, two-year term — said the elected council should take all Salisbury residents, including City Council candidates, into account when making future decisions.

“We can solve our problems together as a team,” Alexander said. “In Salisbury, we have a long history of civility and respect even if we differ in our opinions, but we are all passionate about the same thing and that’s making this city the best that it can be.”

Despite its size, Salisbury can become a world-class city, Alexander said.

“I just think we are on the cusp of something incredible,” she said.

She mentioned improving crime rates and taking advantage of Fibrant — the city’s fiber-optic network — as areas City Council members could focus on.

Alexander received 1,831 votes and finished about 230 votes in front of Blackwell, who secured her fourth term on the council with a total of 1,604 votes. Blackwell said she was thankful to be re-elected. In her coming, two-year term, Blackwell said she would focus on raising salaries within the police department to prevent a “revolving door of officers.”

Paying off debt related to Fibrant and building the fiber optic network were also areas she mentioned as important.

“By doing that, we’ll be able to work on and pay for other things that improve the quality of life in Salisbury,” Blackwell said.

Briefly, she mentioned the large field of candidates may have kept some with strong resumés from securing a spot on the council. Lewis and candidate Scott Maddox, for example, both served on city council previously and didn’t receive enough votes to secure a two-year term. Lewis received 1,133 votes and Maddox, who finished in eighth place, received 983 votes.

However, the large number of candidates in Salisbury’s City Council race — 16 total — may have also boosted the total number of people who cast ballots in 2015. Preliminary numbers show Salisbury’s voter turnout was about 16 percent, which would be the highest since 2001. More than 3,300 people cast ballots in the city race, according to preliminary numbers from the Rowan County Board of Elections.

Miller, who won his fourth term on Tuesday, said he was less certain he’d secure a council spot with the large number of candidates, but was excited to have a chance to serve another two years. He received a total of 1,476 votes.

“Every time you do this, you hope you’ve done a good job and that you’ve made a good reputation for yourself, but each time you don’t know what reaction you are going to get,” Miller said.

Miller said Salisbury’s residents “are the winners” because of the five people elected.

“I think we’re going to be able to make some things happen,” Miller said. “We finally have partners at the school board and with the county commissioners. This is going to be our window of opportunity.”

Post, who received 1,376 votes, expressed similar sentiments when asked about the city’s next two years. Post said the Salisbury City Council’s role would be advocacy rather than policy making.

Post said Salisbury’s top high school students could be compared to any system in the U.S. Overall, however, the total quality of the school system is below average, Post said.

“The top kids are great, but when you’ve got a 20 something percent poverty rate, those kids don’t have the resources to succeed,” he said. “When you mix them up, you get a little-below-average schools. But, our best are as good as anywhere in the nation. We’ve got to sell that to the public.”

All elected candidates seemed upbeat about Salisbury’s future. Hardin, who’s been a critic of incumbents at times, said he only sees opportunities in the city’s future.

Hardin, who received a total of 1,241 votes, said he would start working to “turn this city around” immediately after being elected.

Like the other candidates, Hardin can begin his efforts in December. Traditionally, city council candidates take office during December. They’ll also select a mayor among themselves during the first meeting. The mayor is traditionally the top vote getter.