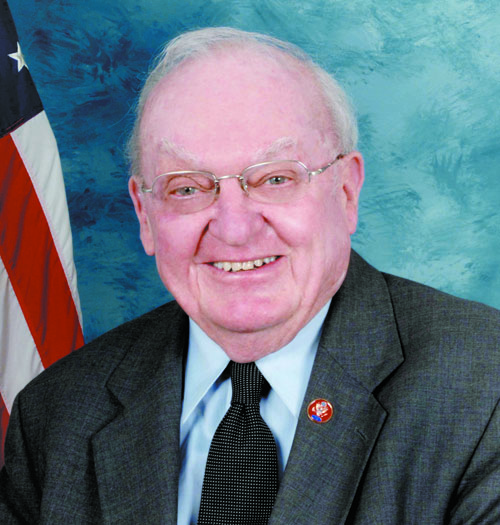 WASHINGTON — Republican former Rep. Howard Coble of North Carolina died late Tuesday after an extended hospitalization, at the age of 84.

Coble was born in Greensboro, N.C., in 1931. Although he was first interested in studying to become a minister, Coble graduated with a history degree from Guilford College and later earned a law degree from University of North Carolina. Coble also served in the Korean War and remained a member of the U.S. Coast Guard Reserve for 22 years.

In 1984, Coble was elected to Congress when he bested freshman Democrat Rep. Robin Britt by 1 point. The two opponents faced off in the next election, where Coble won by an even narrower margin: 79 votes. Since 1986, however, Coble had decidedly won each re-election campaign.

Coble served on the Judiciary Committee throughout his 30 years in the House Representatives. He chaired the Subcommittee on Courts, Intellectual Property and the Internet as well as the Courts, Commercial and Administrative Law panel.

Coble’s legislative work focused on strengthening copyright and patent laws and he co-founded the Creative Rights Caucus, which works to protect intellectual property. Coble was also known for bringing infrastructure projects to his district. While in Congress, Coble fought for conservative policies as a member of the Congressional Tea Party Caucus and worked to limit pensions for members of Congress and the executive branch.

In November 2013, Coble announced that he would not run for re-election, citing health concerns. In his announcement Coble said he was proud of his office’s support for the people of his district and said, “I think it is important for elected officials to be visible and accessible and, pardon my immodesty, I feel I have lived up to that goal.”

Close race in Rockwell could mean a recount