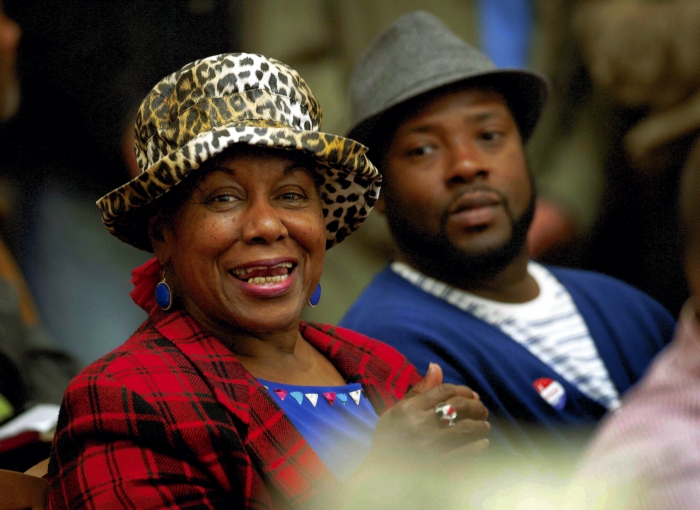 Incumbent Deloris High was re-elected to the East Spencer town board along with Curtis Cowan, right.

Barbara Mallett has been re-elected as the mayor of East Spencer.

She received 181 votes, or about 73.9 percent of the total, while the other two candidates, Rhonda Kerns and Brint Polk, received 39 and 24  votes, respectively.

Mallett, 68, is now serving her third term in office. She was formerly a town clerk for East Spencer, a finance officer and assistant to the headmaster at Rowan Academy. She has a bachelor’s degree in business management from Shaw University.

Mallett said she was elated about her win and wants to stay on the course that the town has been on.

Mallett said she wants to encourage a high level of confidence in government.

“They are confident now that the people that they have in office can accomplish great things,” she said.

Even in the rain and mist, the citizens of East Spencer came out to vote, and Mallett said she was proud of that.

“This election was for the people,” she said, “and they came out, they voted, they voiced their opinion.”

“It was just amazing to see how well they actually believed in the past two years of the administration in the town of East Spencer. And I am so proud of East Spencer citizens,” Mallett said.

Four candidates ran for the three open spots on the East Spencer Board of Aldermen.

Cowan said his re-election meant the citizens of East Spencer were happy with the board’s decisions.

“I think the citizens decided to stay in the direction that we were going. They feel that we’re doing a good job,” he said.

Cowan said the first things he wants to do on the board are get the pool at Royal Giants Park open, lower the cost of water for East Spencer citizens and beautify the town, especially on Long Street.

High said there were many programs the board wanted to continue.

“We just want to see those programs completed,” she said.