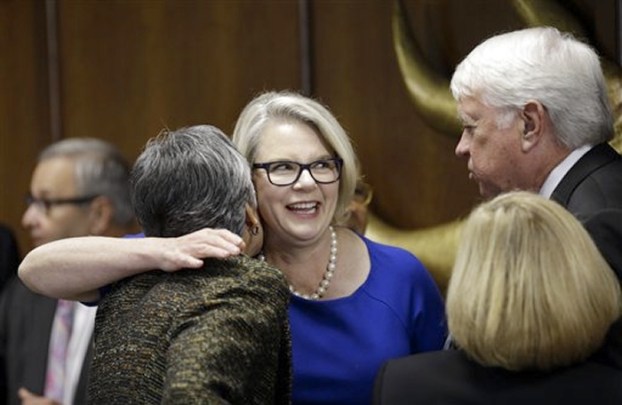 A sheriff for the UNC system

From Steve Ford on the N.C. Policy Watch blog:

The notably dapper Thom Goolsby, member of the University of North Carolina Board of Governors, made a mark of sorts with his put-down of the NAACP-led Moral Monday protest movement – the movement that called the conservative-controlled General Assembly to account for a range of policies harmful to the state’s disadvantaged and its overall well-being.

Goolsby, a Republican state senator at the time, strolled along the crowded state government mall amongst the protesters, resplendent in his summer suit. His verdict afterward: “Moron Mondays.”

After Goolsby quit the Senate, his former colleagues elected him to the UNC board. Now his barbed comments about the hiring of a new UNC system president, Margaret Spellings, highlight the dysfunction and presumably the conflicting agendas that marred the hiring process.

Goolsby ripped the board’s chairman, John Fennesbresque, for engineering the hire amidst secrecy and a lack of input from other board members.

He declared that whomever Fennebresque backed for the presidency would be “fruit from a poisonous tree.” That turned out to be Spellings, a former U.S. secretary of education and a member of former President George W. Bush’s inner circle. Now she has been entrusted with one of North Carolina’s most critically important public service jobs.

With Spellings safely signed to a five-year contract – her starting base salary will be $775,000 per year – Fennebresque promptly exited the stage. His resignation likely didn’t disappoint top Republican legislators. Although the whole affair was shrouded in intrigue, speculation held that leaders such as Senate President Pro Tem Phil Berger and House Speaker Tim Moore favored a candidate with North Carolina roots whom they already knew and were confident they could work with.

Put another way, they may well have preferred a UNC president who would be primed to take orders. They obviously had concluded that the current president, Tom Ross, wasn’t saluting with sufficient vigor. So Ross – guilty of being a mainstream Democrat – was pushed aside in a forced retirement orchestrated by Fennebresque.

Spellings, far from having come up through the North Carolina ranks, is a Texan who probably had never heard of Berger or Moore until she was being recruited for her new job. She has operated on a national level that has given her a wide range of contacts within Republican political circles, the business community, and among education-oriented thinkers and policy-makers. In some respects, including her experience in the political trenches, she’s well-suited to be an advocate for the multi-campus system she’ll head.

Yet the last thing her bosses on the board and beyond them in the legislature appear to want is a stalwart defender of the system as it now operates.

If you’re a registered voter in Salisbury or one of the county’s nine other municipalities, today is your last chance... read more