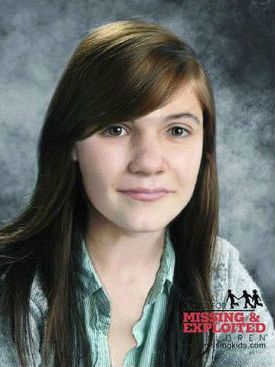 A computer generated age progression photo of Erica Lynn Parsons, courtesy of the National Center for Missing and Exploited Children.

Word spread quickly Monday that bones had been found on property where Erica Parsons and her family used to live on Miller Chapel Road. Was this a clue to the fate of young Erica, missing since November 2011?

Those hopes were dashed just as quickly Monday evening when the Rowan County Sheriff’s Office announced the bones were those of a dog or other small animal.

During the small window of time in between, investigators were reminded of the intense interest in Erica.

“This case caught the attention of the local media, and resulted in a flood of calls to the Rowan County Sheriff’s Office,” the press release said. “There are various types of leads on this case that are obtained and followed on a weekly basis by sheriff’s detectives, and the investigation continues.”

New owners of the property on Miller Chapel Road found the bones while doing yard work, according to the Sheriff’s Office. “Detectives examined and collected the bones, and after an initial examination investigators believed the bones were those of an animal, possibly a dog.”

Erica was reported missing to the Sheriff’s Office by her brother in July 2013. She apparently hasn’t been seen since November 2011. If alive, she would be 17 now.

Erica’s adoptive parents, Sandy Parsons and Casey Parsons, stated to investigators that Erica went to live with her biological grandmother, a woman known as Irene “Nan” Goodman, and that they had not had contact with Erica since February 2012. However, law enforcement and Goodman family members stated that Nan Goodman does not exist.

Sandy and Casey Parsons were sentenced to federal prison — Sandy got seven years and Casey got 10 years — for continuing to accept health care and adoption benefits after Erica Parsons was no longer with them.

The Parsonses have not been charged in Erica’s disappearance.