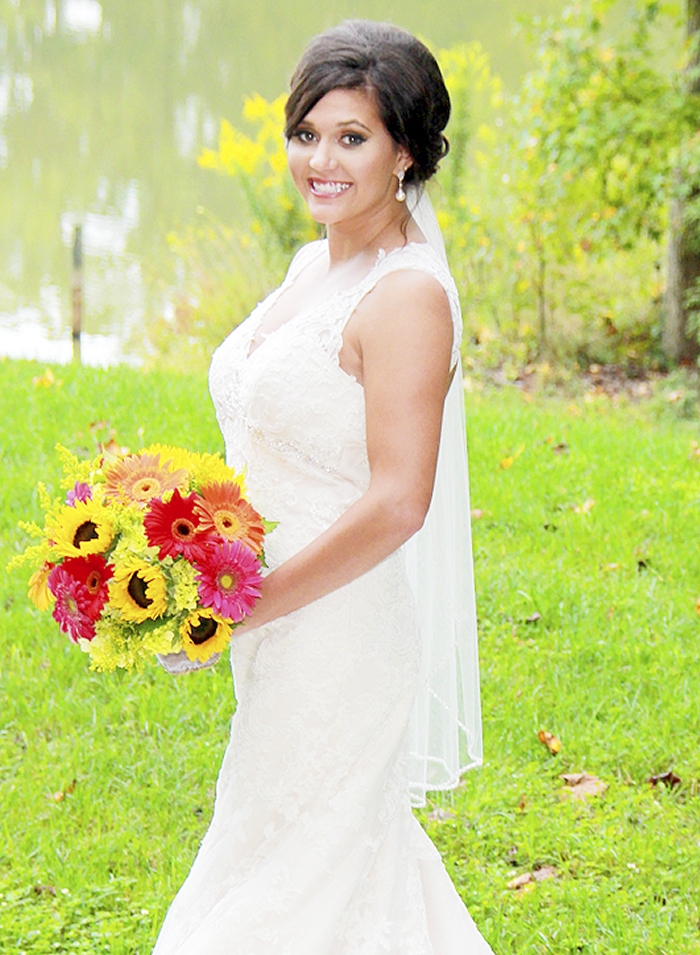 CONCORD — Jennifer Marie Hough of China Grove and Garret Matthew Shinn of Rockwell were united in marriage Oct. 18, 2015, at The Farm at Brusharbor. The Rev. Brian Vanderford officiated the 4 p.m. ceremony, which was followed by a reception.
The bride was escorted by her father and attended by Kate Cole and Krista Swartz as maids of honor. Bridesmaids were Sara Shinn, Jalissa Piette, Marissa Sellers, Hannah Price and Marian Hough.
Michael Coy Shinn was his son’s best man. Groomsmen included Wesley Shinn, Eric Taylor, Taylor Osborne, Greyson Medley, Jonathan Hough and Jeremy Teague.
Lily Osborne served as flower girl, and Alex Rodriguez was ring bearer. Nathan Hough escorted the groom’s grandmother.
The bride is the daughter of Gary and Lori Hough and the granddaughter of Mary Frances and the late Claude Hough and Ernest and Evelyn Cole, all of China Grove. A 2015 graduate of Jesse Carson High School and 2015 graduated of Rowan-Cabarrus Community College, she has Associate degrees in Nursing and General Education. She was also a member of Alpha Delta Nu. She is employed by Novant Health Rowan Medical Center.
The groom is the son of Michael and Cindy Shinn of Rockwell and the grandson of Betty and the late Coy Ray Shinn of Rockwell and Worth and the late Rubydell Cline of Salisbury. A 2001 graduate of East Rowan High School and 2010 graduate of RCCC with an Associate degree in Nursing, he is employed by Novant Health Rowan Medical Center.
Following a Caribbean cruise honeymoon, the couple will make their home in China Grove.