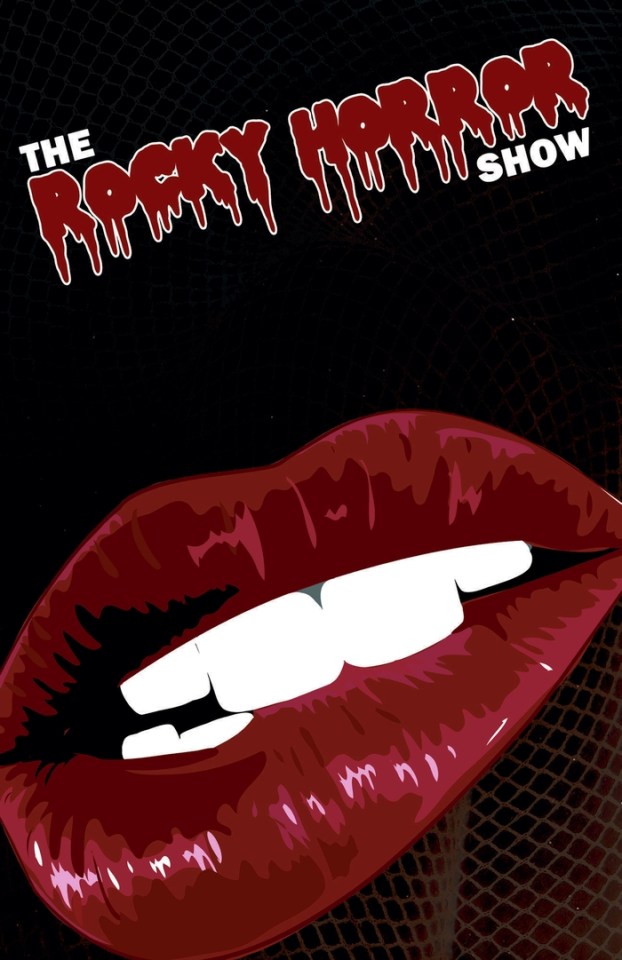 ‘Rocky Horror’ a wild night in the theatre

“Let’s Do the Time Warp Again.” Your partner in the dance will be a transvestite from transexual Transylvianiaaah.

“The Rocky Horror Show” consumes Lee Street theatre’s space with music, lights, smoke and weirdness in a wild and crazy evening that will leave you with confetti in your hair and that song stuck in your head.

Let’s get this part out of the way: This musical is no way, no shape, no how for children. Some adults may even be mortified by its overt sexuality and kinky behavior. That said, if you are a fan of the 1975 movie starring Tim Curry, Susan Sarandon, Barry Bostwick and Meat Loaf, you will love it.

On opening night, a few people raised their hands to say they’d never seen it. Far more had. With ushers offering bags of audience participation items for $5, theatre-goers were well-equipped. No water, though. Don’t want actors to slip and fall — and with those 6-inch heels, a fall could have been disastrous.

Matthew Monte and Gabrielle Stephenson are great as Janet and Brad, the hapless couple with car trouble who show up at Dr. Frank ‘N’ Furter’s castle. (Not sure which one looks better in a bodice and fishnet stockings.) While Stephenson is a screechy, clueless virgin, Monte plays both the nerd and the enlightened perv with gusto.

Marc Anderson’s Riff-Raff is an eye-rolling, dangerous warning of what’s to come, even if Frank ‘N’ Furter can’t remember his name. Magenta, played by Chelsea Retallic, who is also the usherette who sings “Science Fiction Double Feature,” has the look and the spaced-out energy needed for her role.

When Dr. Furter finally enters the stage, it was to squeals of … horror, shock, delight? Daniel Brown looks marvelous in his skimpy costume, and does he have great legs. He captures the funky craziness of the part and can sing the trademark songs, “Sweet Transvestite,” and “I Can Make You a Man” with conviction.

John Snell’s narration and deterioration is spot-on — but don’t expect the stiff oddity of the movie’s criminologist. Snell is having a great time.

Emily Owens in the cute-but-crazy Columbia who’s got a thing for Eddie, one of Frank’s earlier experiments.

But it’s Jon Leach as Rocky who gets to strut around showing his muscles and his golden hair as Frank’s newest creation — the one least likely to do his bidding. Rocky rarely speaks, but he mouths some words you might recognize. Leach gets to prance about covered in glitter and gold lamé.

When Eddie does make his rock-n-roll appearance, it’s Robert Van Geons playing the part, with the song “Hot Patootie.” Once Dr. Furter gets hold of him, watch out.

Brad and Janet, meanwhile are having quite the night with their close encounters in the dark. In a strange twist of fate, the teacher they were going to visit shows up at the castle. Christopher Barcroft is Doctor Scott, channeling Peter Sellers from “Dr. Strangelove.” He’s got nice legs, too.

And you can’t have a haunted castle without phantoms. They are Amy Bartram, Eric Bowen Beth Bentley, Addison Bevis, Maggie Maxwell and Karina Moran.

Director Justin A. Dionne and choreographer Meredith Fox had a lot to handle and they did it well. Adrian Smith is musical director, and the band of Smith, Graham Carlton, Fred Dunlap, Chris Pompey, Sean Tarlton, John Shaughnessy, Jeremy Adams and Steve Daly had the place rocking.

Andy Maben designed the set and Nancy Gaines designed the costumes. Rachel Cone Dionne did makeup and hair. All essential if this musical madness is going to work.

And it did. It was naughty fun, from the music to the madness and the audience loved it.

“The Rocky Horror Show” continues tonight and Saturday and Nov. 5-7 at Lee Street. It is sponsored by Novant Health, Bill and Cora Greene and Pottery 101. For tickets, call 704-310-5507 or go to www.leestreet.org

Rowan County municipal voters are already turning out in large numbers to participate in the 2015 elections. In fact, Salisbury... read more