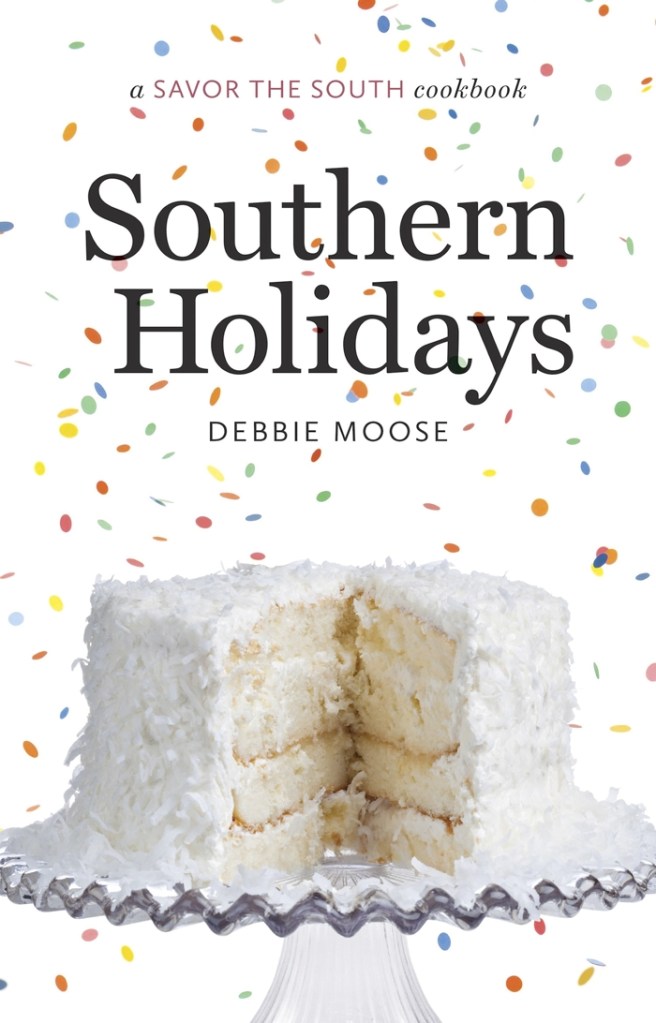 Cookbook author Debbie Moose will be at Literary Bookpost Nov. 7.

In perfect time for holiday meals and gifts, two authors in the Savor the South cookbook series will visit Literary Bookpost on Nov. 7, 1-3 p.m.

Bridgette Lacy and Debbie Moose will talk about food, holidays and different traditions.

Both books have been featured on the Salisbury Post’s food page.

Lacy’s “Sunday Dinners” cookbook contains recipes she remembers from her grandfather, when she sat with him and helped peel potatoes, string beans and stir the pot of greens. Lacy’s book also has some fancy recipes, like a quiche with sun dried tomatoes, artichokes and spinach and the impressive Fragrant Sunday Chicken with Olives and Apricots.

Moose, who once worked at the Salisbury Post, is the author of two books in the series, “Buttermilk” from 2012 and “Southern Holidays” from 2014.

Its cover is the only one that does not have a plain, white background. “Southern Holidays” has confetti and a large coconut cake.

“Buttermilk” featured the singular ingredient with the tangy taste that is versatile in many dishes, from biscuits to fried chicken to ice cream. One of the recipes is for Lavender Ice Cream.

Both writers include history with their books and tell stories about each of their recipes.

And both writers love to talk about food, so it should be a good time.

Surely, they will have something for people to taste.

It’s been said before, but let me repeat: These cookbooks make wonderful gifts, whether you buy them separately or as a set. No pictures, but thorough directions and great ideas.