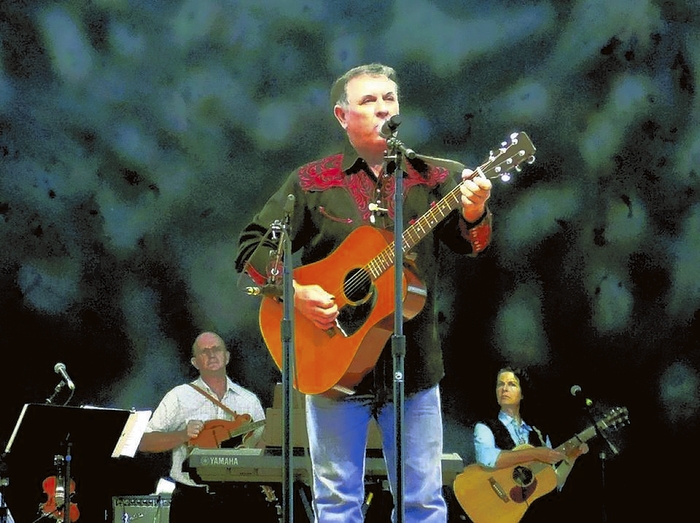 SALISBURY — Darrell Connor was just hoping to grab second or third place for his flat-picking on the guitar and his singing.

He would have been thrilled with that kind of achievement at the N.C. State Fair Folk Festival.

“I never expected what was fixing to happen,” he said.

The Rowan County musician was floored Tuesday when he learned he had won first place in adult male vocals at the State Fair competition.

Connor, 65, competed on the fair’s Dorton Arena stage with “Folsom Prison,” which also incorporated a taste of “Wabash Cannonball.” He then ended with the gospel song, “I Believe.”

A friend, Margaret Brady, was on the computer Tuesday trying to find the Folk Festival results when Connor looked over and saw her holding up a finger, signifying No. 1.

“She said, ‘You won first place,’ ” Connor recalled. “I never thought I would win male vocal. I’m kind of excited.”

Connor said he particularly dedicated his Folk Festival performance of “I Believe” to close friend Sharon Romanek, who is in Presbyterian Hospital in Charlotte with ovarian cancer.

“I just felt compelled to do that song for her,” he said.

Connor said capturing the adult male vocal award just makes him hungrier to do better and maybe strive for the Lunsford Trophy. This was Connor’s fourth time at the Folk Festival and third time competing.

Connor and the late Paul Hill had played backup for Weaver one year. Last year, Connor said, he finished fourth (honorable mention) in both flat-picking and vocals.

Playing in Dorton Arena this year was a thrill for Connor, whose country music knowledge is expansive. He knew some big acts had performed there.

“It was kind of awesome standing on that stage,” Connor said.

A former Salisbury Police lieutenant who was with the department for 30 years until his retirement in 2001, Connor has been part of the Rowan County music scene for decades.

He did not place in the flat-picking competition this year. He played “Ghost Riders in the Sky” and “Wildwood Flower,” in honor of Hill, who had been a frequent winner at the fair.

Connor and his band stay busy and perform at senior centers, nursing homes, the Hefner VA Medical Center, churches and fundraisers. He said the group played 22 places in September and 24 this month.

This coming Sunday, he will be playing at Liberty United Methodist Church for the dedication of a new sound system in Hill’s honor.

Connor has been on the same stage with country greats Kitty Wells and Bill Anderson and played twice with George Hamilton IV on the Grand Ole Opry stage. Because of his friendship with Helms, Connor has a place in the Hank Williams Hall of Fame Museum and is a lifetime member of ROPE — Reunion of Professional Entertainers International.

For the past 10 years, Connor has put together a big country concert in June on his Clark Road property next to the backwaters of High Rock Lake.

Connor said he came close to not singing “I Believe” at the State Fair. On the application, he wrote he would be playing “Blue Ridge Mountain Home,” because it fit the Appalachian music theme of the festival.

Connor said he kept procrastinating in learning the song and when he finally practiced it in his studio, “I stumbled.” He wasn’t feeling good about things until he learned at the fair he didn’t have to sing the song he had written on the application.

So Connor chose “I Believe,” and it became, he said, one of the Top 5 music moments in his life.