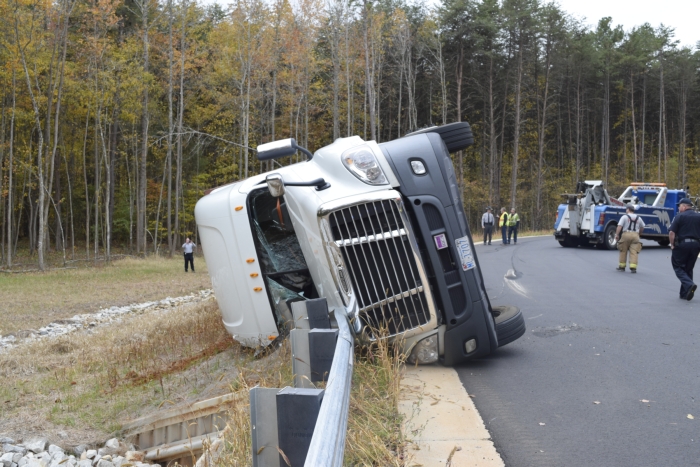 This tractor-trailer overturned shortly after leaving Gildan. The driver was able to get out and said his load shifted.

A tractor-trailer overturned on Chamandy Road off of Heilig Road on Thursday.

The driver was uninjured, and stated to Granite Quarry Police that his load shifted as he was leaving Gildan, causing him to go off the road, hit the guardrail, and overturn.

Police Chief Mark Cook said that they are investigating the incident.

“Right now it’s really difficult to say if speed was a factor,” he said.

The police and motor carrier officials will also check to see if the vehicle had a technical or mechanical malfunction.