Take flight with story of the Wright brothers 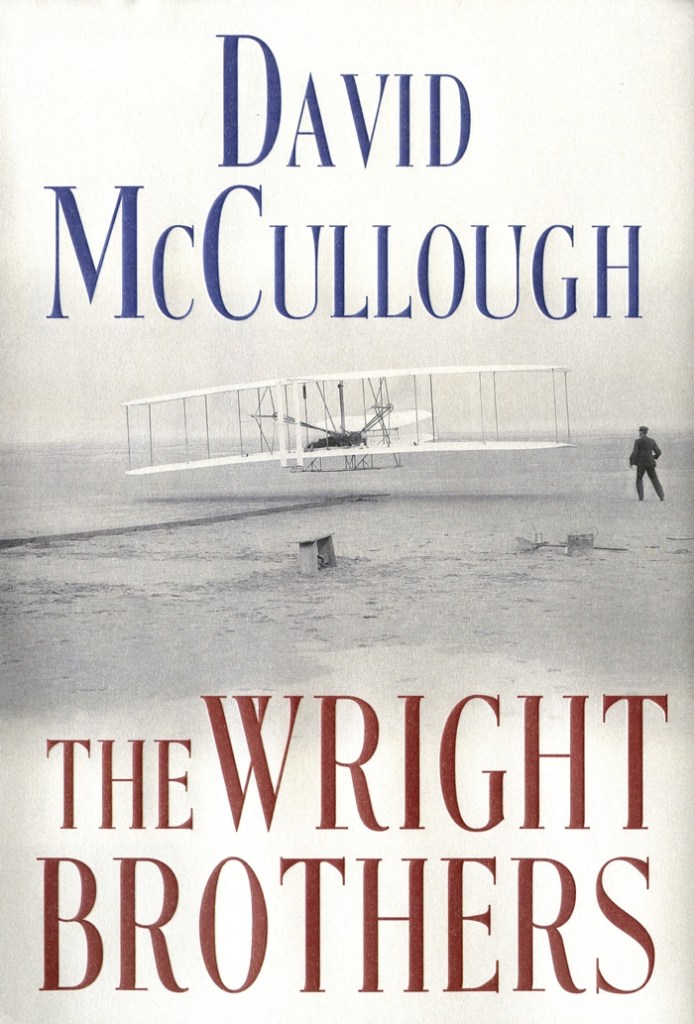 When you read all that Orville and Wilbur Wright accomplished over a short period of time, you will come to appreciate how diligent and clever they were.

David McCullough’s “The Wright Brothers” is full of details that point to two men who dedicated themselves to figuring out how to leave the ground in a powered machine and move through the air.

McCullough’s histories are always fascinating, and he has a knack for knowing how much information is just right. He won’t bog you down, for example, with the specs for the engine that Charlie Taylor built from sketches of parts the group thought they needed.

But he will tell you about the extravagant celebrations, parties, medal-pinning ceremonies and appearances before kings that the brothers mostly just endured.

And you will learn that the old adage is true: “A prophet is not without honor except in his own country.” The author explains that America was not so interested in what was then called the flyer. Perhaps because the brothers experimented in the relative wildlands of Kitty Hawk and Kill Devil Hills on North Carolina’s Outer Banks.

They drew no press attention, few onlookers and fewer still “experts” who claimed to know how to fly.

Once their simple glider became a motorized flyer — the word airplane didn’t exist then — and Wilbur took it to France, Europe fell in love with him and his creation.

Sister Katherine, who had been a high school teacher, saw her life change from a worrier and a bystander to an active part of the flying feats after Orville was seriously injured in a test flight near Washington, D.C.

She spent years with her beloved brothers traveling to Paris, Rome and other European cities for exhibitions of flight which provoked delighted and excited reception.

McCullough also writes of Bishop Milton Wright, the patriarch of the family. With access to his diaries and letters, the author provides not just inside information, but a tone that expresses the family’s feelings and the world’s response at the time.

Keeping the narrative tightly focused on the brothers, sister Katherine and the Bishop, McCullough creates a familiarity with family and a sense that we know Wilbur’s and Orville’s characters, different though they may be.

The book is full of moments you’ll want to share with others who are in the room while you’re reading. In one of the many photos included in the book, you’ll learn that the poet Paul Laurence Dunbar was a friend and classmate of Orville’s.

The photos are a spectacular addition to this book. While Erik Larson’s “Dead Wake,” the story of the sinking of the Lusitania, is fascinating, there were no photos included. In this book, McCullough shares photos of the Wrights as children, of the Wrights at Kitty Hawk and of their machines. There are photos of other’s attempts to fly and of some of the celebrations honoring the brothers.

It becomes clear early on how different Orville and Wilbur were. Wilbur is the taller, more taciturn brother. He is an observer and a studier, particularly of bird flight. He tends to be quite serious and cares not a whit for wealth and its trappings. He wants to show their creation works and earn the recognition due.

Orville, shorter and more outgoing, is just as serious about flight, but less involved in the actual business side of the work. Wilbur spent years suing for patent infringement and trying to protect their rights.

Orville is also the brother involved in the most serious accident when an army lieutenant he doesn’t entirely trust insists on flying with him during a demonstration. Weather conditions were far from ideal, and the plane crashes, killing the officer and seriously injuring Orville, who spends months in the hospital and at home recuperating from multiple bone breaks. After that, he will always walk with a cane, one leg now an inch shorter than the other.

What Orville and Wilbur possessed, above all else, was ingenuity and a willingness to stay the course until problems were solved. Most of what they did came from dogged experiments, trying things again and again, adjusting, testing, modifying. They read everything they could about flight and corresponded with others interested in flight, but what they invented is wholly theirs.

McCullough’s book is well worth your time, and has a long bibliography, if you want to know more, extensive notes on the text and a detailed index. Do at least glance at his acknowledgements, and you’ll get an idea of how much work went into this great piece of non-fiction.