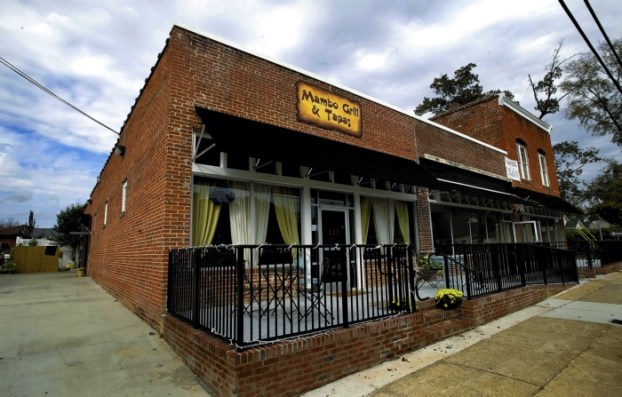 Mambo Grill and Tapas Restaurant at its current location on South Fulton Street. The restaurant will be moving to the former Cooper’s location on East Fisher Street in January.

Mambo Grill will be moving downtown by early January

SALISBURY — Mambo Grill & Tapas, a restaurant identified with the Fulton Heights neighborhood the past five years, will be moving to downtown Salisbury.

The Cuban/Caribbean-influenced restaurant, which is now at 1024 S. Fulton St., hopes to be operating out of the former Cooper’s location at 122 E. Fisher St. by early January 2016.

“We’re really excited about being a part of the downtown,” Mambo Grill owner Ariella Sanchez said.

A remodeling already has started at the East Fisher Street location. Sanchez said the new Mambo Grill & Tapas will be a bit smaller than Cooper’s was.

“We still want to keep that homey, family feel,” she said. “We’re working on finding that balance.”

Sanchez said the Fulton Heights location has been a great home for Mambo Grill, and she credited the neighborhood and customers from elsewhere for giving the restaurant “amazing support.”

But the new location will provide the additional kitchen space the restaurant needs, better parking options and should prove to be “more comfortable for our guests,” Sanchez said.

The MG Lounge also will be moving from the South Fulton Street location, and it will be merged into the new restaurant.

Its operation is a family affair and includes Ariella’s sister, Maday, their parents, David and Tania Sanchez. and brother-in-law Roger Espinoza.

Consultants give Granite Quarry vision for its real opportunities