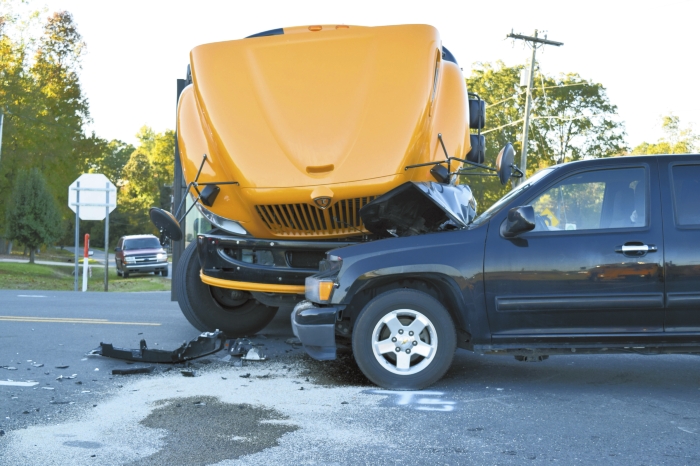 A school bus and truck were involved in a collission Thursday at the intersection of Old Concord and Mt. Hope Church roads. Three students were on the bus. None were injured. The bus driver suffered a minor injury. Rebecca Rider/Salisbury Post

A school bus was involved an accident Thursday afternoon at the corner of Old Concord Road and Mt. Hope Church Road.

Bus 373 from Henderson High School was carrying three students when it was involved in a collision with a black truck at the intersection around 5 p.m.

None of the students were harmed, Transportation Director Tim Beck said. One of the students was released into the custody of parents, and the other two were placed on a substitute bus and taken to their homes. The bus driver suffered a minor injury to her hand.

Beck said that it’s the school system’s policy to take bus drivers involved in accidents in for an immediate drug test. Bus 373 will have a substitute driver for Friday’s route.

“Typically what happens in this type of accident is that we don’t let them drive until the test gets back,” Beck said.