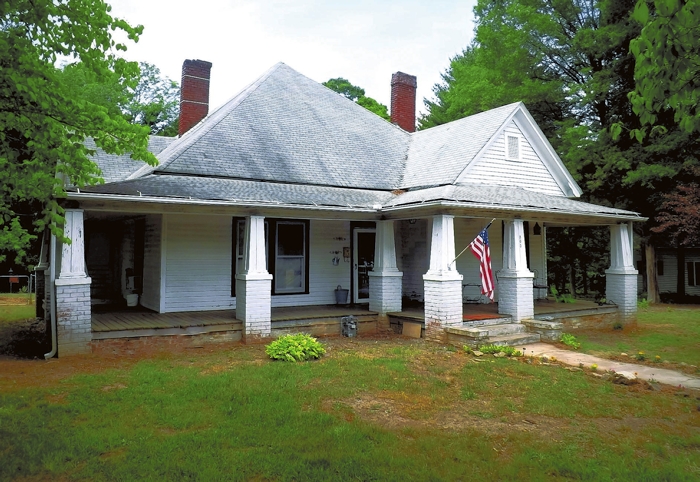 Volunteers with an Oct. 31 'Paint Pals' project will paint this house at 803 Third St. in Spencer. Historic Salisbury Foundation and the Town of Spencer are partners in sponsoring this project. Submitted photo

SPENCER — The Town of Spencer is partnering with Historic Salisbury Foundation to assist homeowners in painting the exterior of their early 20th century home at 803 Third St.

“Volunteers will transform the look of this historic house in just a few hours,” a joint press release stated. “This will be a great way for the entire family to make a difference in the community.”

The “Paint Pals” project, newly established this year in Spencer, aids qualifying homeowners within the Spencer Historic District in painting the exterior of their one-story homes.

As part of the program, the homeowners agree to enlist the help of four volunteers on the day of the event. At its June meeting, the Spencer Board of Aldermen committed $1,000 to this project.

Historic Salisbury Foundation’s mission is to protect, preserve and revitalize the historic fabric of Salisbury and Rowan County. This particular home, built by 1913 according to Sanborn maps, is a contributing structure within the Spencer National Register District.

To support the restoration of this house, HSF has set up a GoFundMe site at http://www.gofundme.com/yax3c8z. Donations will go toward wood repair, scraping and priming of the house, to make it ready for the Oct. 31 team of volunteers.

By contributing during this challenge period, donations become twice as valuable, the release said.

For more information about the project, contact Kathryn Clifton, land management director for the town of Spencer at 704-633-2231, or email LMDDIR@ci.spencer.nc.us.

HSF is a 501(c)3 nonprofit organization, and your donation to the Paint Pals project is tax-deductible.