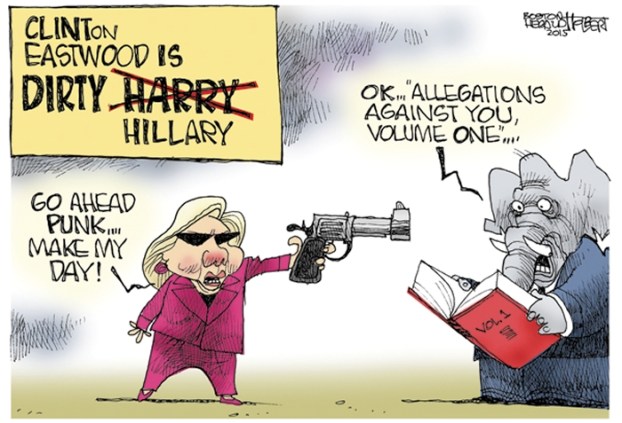 It is quite clear from the Democratic debate that the progressive and socialist leanings of the candidates showed a disdain for this democratic republic’s capitalism. The unasked and unanswered question that loomed larger than the continuing expansion of the national debt was where is all the money coming from, appreciating that the rich cannot support the total burden of their wish lists? And what three cuts are they willing to make to existing programs to help decrease the national debt?

Additionally, in the melding of rights under the constitution, can anyone spell out what rights citizens alone have that others don’t in the USA?

Takeaways from the debates so far reveal:

• As presented, socialism is unsustainable because service demands will be overwhelming if all people make the same wage per hour while the majority may still continue in paying no federal tax.

• Any society which taxes based on the Robin Hood philosophy of stealing from the rich to give to the poor will stifle entrepreneurship, ownership rights, work incentives and personal responsibility.

• Paying wages not supported by market demands is a formula for more welfare dependents as well as limiting of full-time employees with benefits.

• The promise of a college education as the end-all and be-all on many levels neglects options for those who don’t indulge in STEM classes in primary and secondary education or trades which are a vital support service. (I want my more than $50,000 back which I paid for my education, if this flies.)

• Failing to enforce national borders and allowing any and all who want entry disregards national security, citizen rights and human nature.

• Increasing the dependence of children on the government to the exclusion of parental responsibilities to provide for their progeny abandons individual responsibility and fosters more welfare as a way of life.

• The belief that medicine and science can cure addictive behavior is false; therefore let’s stop the legalize-marijuana, nonsense when data increasingly shows ill effects from chronic use which may not be reversible.

• If taxes are to be fair they must be proportional since we all breathe the same air, drive the same streets, have access to public safety measures, etc., which is not based on our income. If the rich pay more don’t expect them not to ask for more in return.

• The rule of law must be equally applied, and presidential candidates who admit to drug use while allowing others to languish in jail for the same if not less offense aren’t worth our votes whether the name is Clinton, Bush or others.

• Taxpayers shouldn’t be on the line for folks’ choices, from seeking birth control, to legalizing drugs, to going to college or other wants, not needs and requirements.

Now can we address the issues of the presidency around foreign policy, national sovereignty, commerce and constitutionally valid roles for the federal government and the executive branch while stopping the use of executive orders to bypass Congress and the judiciary?