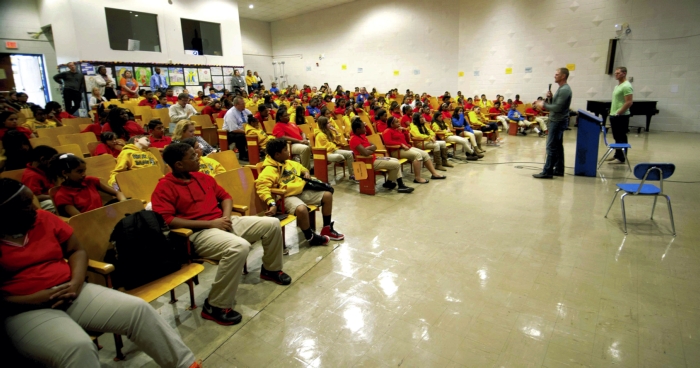 Speakers from Game Plan for Life want students to know that one bad decision can change their whole lives.

Motivational speakers from the Game Plan for Life program will visit elementary, middle and high school students, as well as college students and community members in Rowan County this week.

The program will be presented to as many as 3,624 students, plus staff, parents and community members.

The presentations will focus on the theme, “Decisions = Destiny.” The speakers will talk to students about the importance of decision-making, including the decision to only drink alcohol when the student is of age.

According to a press release from Livingstone College, the program was started by Terry Osborne, general manager and SEO of the Rowan/Kannapolis ABC Board, with a mission to help end underage drinking. Osborne put the program together with the help of Rowan County Sheriff Kevin Auten and Salisbury Police Chief Rory Collins.

The speakers will be visiting 11 schools in the area and one school in Cabarrus County.