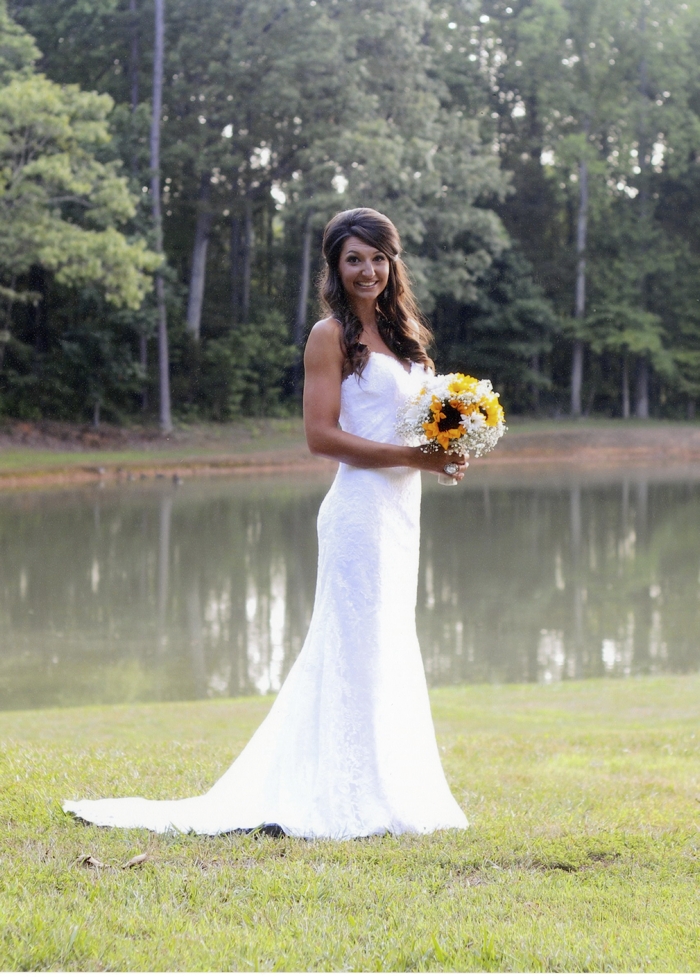 Patsy Elizabeth Morgan and Justin Kelly Jenkins were united in marriage Saturday, Oct. 17, 2015, at The Historic Salisbury Train Depot. The Rev. Daniel Benfield officiated the 5:30 p.m. ceremony, which was followed by a reception.
The bride was escorted by her father and attended by her sister, Ashleigh Boulware of Rockwell, as matron of honor. Bridesmaids were Natalie Overcash of Salisbury, Meredith Moss of Hampton, Va., Kelsey Bradshaw of Salisbury, Laura Roberts of Tyro and Kara Lefko of Salisbury.
The father of the groom stood as best man. Groomsmen included Michael Ryan of Winchester, Ky., Michael Price of Tyro, Joe Fleenor of Lexington, Channing Bonham of Randleman and Jeremy Snider of Linwood.
Sadie Boulware of Rockwell, niece of the bride, and Addyson McCaskill of Fort Bragg, niece of the groom, served as flower girls. Matthew McCaskill of Fort Bragg, nephew of the groom was ring bearer.
The bride is the daughter of Bronnie and Shelly Morgan of Salisbury and the granddaughter of Lena and the late Walter Morgan of Gold Hill and the late Edward I. and Patsy V. Cole, formerly of Raleigh. A 2006 graduate of East Rowan High School, Patsy graduated magna cum laude from North Carolina State University in 2010 with a Bachelor of Science Degree in Elementary Education with certification to teach grades K-6. She is employed by the Rowan-Salisbury School System.
The groom is the son of Sherri Jenkins of Denver, N.C., and Mike and (stepmother) Barbara Jenkins of Myrtle Beach, S.C. He is the grandson of Deleano Roger Baldwin and the late Judy Kirkman Ryan of Greensboro and Opal Elizabeth and the late Ervin Hunt of Greensboro. A 2007 graduate of Asheboro High School, Justin will be graduating from Rowan-Cabarrus Community College in 2016 with a degree in Networking Technology. His certificates include MTA-Networking, MTA-Server Administration and MTA-Security.
The couple plan a wedding trip in the summer of 2016 and will make their home in Salisbury.