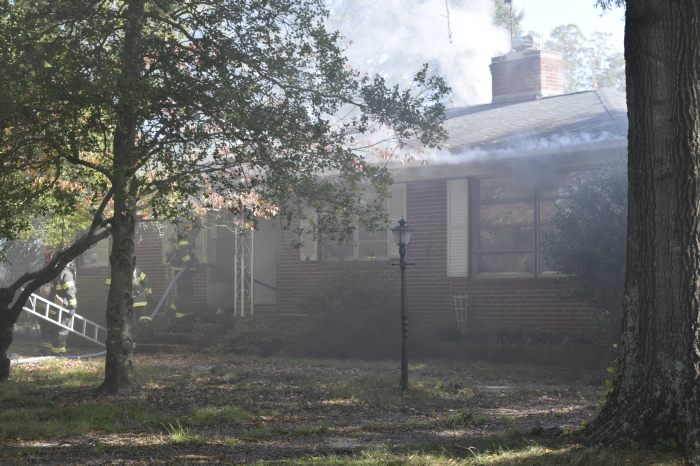 Investigators are trying to determine what started a fire at this Miller Road house. Rebecca Rider/Salisbury Post

Local Fire Departments responded this morning to a house fire at 4855 Miller Road.

Bob Brown, a neighbor, was out walking on a lane near the vacant house and saw smoke and flames coming from the roof and windows near 9:54 a.m.. He called 911.

“We just saw smoke billowing out,” he said.

Neighbors say that the residence has been unoccupied since May or June, when the then-residents, an elderly couple, were moved to a nursing home. Both have since passed away, Brown said.

The Locke Fire Department responded to the call, along with other departments. The cause of the fire is unknown.