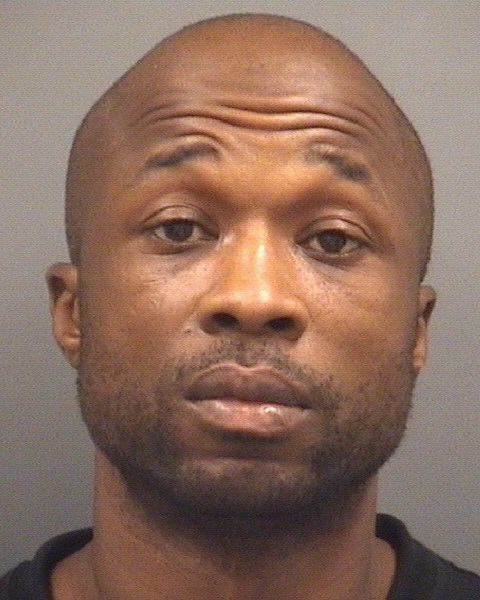 David Leon Simpson, 34, was served drug charges after police searched his residence on an outstanding warrant for communicating threats.

Police went to 117 South Shaver St. on a search warrant and discovered 72 grams of marijuana bagged for sale, 3 grams of crack cocaine, razors, a digital scale and a marijuana grinder.

Simpson was taken to the Rowan County Detention Center and has been charged with communicating threats, possessing a controlled substance with intent to manufacture, sell, or distribute schedules II and VI, maintaining a dwelling or vehicle for a controlled substance, possessing drug equipment or paraphernalia and using drug equipment or paraphernalia. He has been placed under a $30,000 secured bond.

Simpson has previously been charged in Rowan County with assault on a female, wanton injury to personal property, possession and resisting arrest.

In other Salisbury Police Department Reports:

• Police responded to reports of a counterfeit bill at the 3400 South Main Street on Monday.

• A Salisbury High School student reported Thursday that another student stole his laptop.

• A Salisbury woman reported Thursday that her now-deceased sister used her name and social security number to install cable television in the deceased’s Florida home. The cable was installed in 2013, and the sister died in January of 2015.

• A woman at the 600 block of Statesville Boulevard reported that a handgun was stolen from her residence Thursday.

• A man reported Thursday that two bicycles had been stolen from 300 block of East Bank Street.

• A woman reported a breaking and entering at a vacant property at the 200 block of South Long Street.

• A man reported a burglary at the 400 block of South Martin Luther King, Jr. Avenue Thursday.

• Police responded to reports of drug activity at the 500 block of West Jake Alexander Boulevard on Thursday.

• Police responded Thursday to reports of an assault with a dangerous weapon at the corner of Brenner Avenue and Monroe Street.

• A woman reported a burglary Thursday at the 1600 block of Wiltshire Road.

• Police seized marijuana a during a traffic stop at the corner of 100 North Long and East Innes streets.

• Ronald Bailey, 21, was charged Wednesday with financial transaction card takes or obtains at the 10 block of East Liberty Street.

• Three were arrested Wednesday at the 1500 block of East Innes Street. Zachary Thomas Byrne, 21, Tiana Marie Delacruz, 36, and Blake Byrne, 24, were charged with possession of a controlled substance.

• A man reported an assault Wednesday at the Rowan County Detention Center.

• A man at the 200 block of Westhaven Way in China Grove reported a larceny Wednesday.

• A woman reported Wednesday that her home at the 4600 block of Cook Road in Rockwell had been broken into and items were stolen.

• A man reported a burglary at his residence at the 2000 black of Airport Road on Wednesday.

• Jennifer Dawn Tucker, 28, was charged with frivolous prosecution at the 200 block of Mike Drive on Wednesday.

A Salisbury teen will be making his big television debut at the end of the month. Edward McGorda, Jr., or EJ... read more