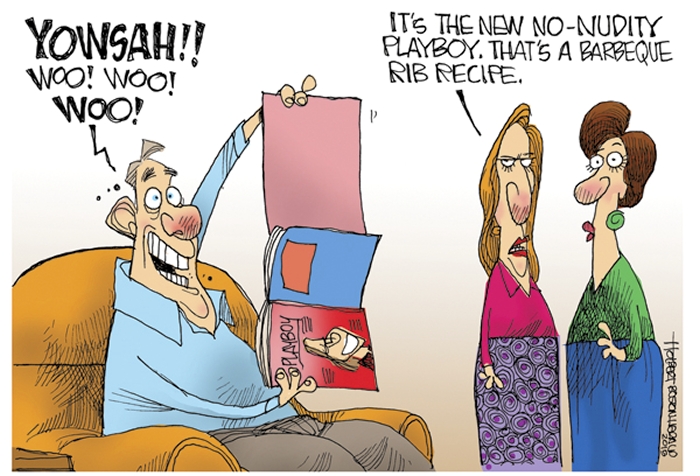 … Fleming, who broke color barriers in nursing, was ‘the Nightingale of our time’

She was not only a pioneer in breaking the color barrier, but she was the epitome of excellence in the nursing profession. We will never know how many lives she touched and made better. Well done our good and faithful one!

Andrew is a very special person! I always enjoy talking with him and he always teaches me something! We need more articles like this in the paper.

The entire family are wonderful people and help improve our community. Great article!

Andrew is an awesome servant of God!

… Editorial: Illiteracy has a high price

While illiteracy poses a public health threat (as well as an economic threat) to our community … illiteracy is not terminal. It is 100 percent curable. It’s about promoting and encouraging lifelong learning from cradle to grave. However, this idea is put in hock when conservatives demonize, disrespect and under fund public education from the start.

Everyone needs to know when you can and cannot pass buses. Or you shouldn’t be behind the wheel

Now my suggestion is to put stop sticks under the buses. When the stop arm is activated, there would be a rod with spikes to come from under the bus. You will then be able  to lock down on the runners. Once the drivers know that they are going to end up with flat tires, I bet they would stop then.

… My Turn: The liberal link in mass slayings

You make broad assumptions of cause and effect without any evidence to back up your conclusions. Each if the shooters had different outlooks and different mindsets in why they carried out their crimes.

Claiming that liberalism causes all school shootings is like saying excessive tire wear causes all car crashes — it may be a contributing factor but that’s it. I will just wait for you throw in a few more words liberal liberal liberal.

Steve, you failed to support your point with facts. All you did was say the word, “liberal,” a lot. If you had spelled out how liberalism leads to mass shootings then I would have been impressed. Instead we got your typical incoherent rambling.

OoohKaaayyy, the fault of the shootings can be placed at the feet of the liberals and Obama. This is pure nonsense. The shootings are a manifestation of a flaw in our society. …  the same flaw that would have an invited person at a Bible study sit in the class for an hour before executing church members participating in the class. Is this act an example of American exceptionalism, a flaw in our society, or both?

Actually that is no more a comment on society than would be a man in a restaurant paying a stranger’s tab. Both are individual acts, for which society can neither be credited nor blamed. As Howard K. Smith observed regarding the My Lai massacre, if society is guilty, no one is guilty.

First, let’s move the center back to where it used to be; then, we can have a discussion. I think these folks want to operate from a center that is halfway between the old center and the far left. That’s not my idea of center. I can live with true centrism, but not left-centrism.

Question: Is it more of a case of the center has moved to the left, or has the right moved, well, more to the right?

I would suggest educating yourself before speaking about a subject you know nothing about. I’m a member of the U.S. Centrist Party. Look it up on your computer or phone.

I have several family members who are lifelong Republicans who have declared themselves Independents. This is happening on the liberal side as well. Many of us see that both parties are controlled by special interests and not by voters.

We won’t fix Congress until we break the political machines that control our representatives with puppet string.

I was very hopeful that Commissioner Pierce would run again in 2016. If people only knew about the good deeds that Craig, has done in and for the community, he would be a shoo-in for the next Humanitarian Award! Hobby Lobby, Dicks Sporting Goods, airport, revenue stream, water sewer initiative, animal shelter revitalization, Royal Giants swimming pool, Thelma’s Down Home Cooking,Tsunami Literacy Program, Dunbar Reunion, and many more initiatives, all on his watch. You may not want to hear what he has to say, but you never have to worry about his words coming back void

The simple fact is that America is not a theocracy, there is no national religion and people should not have this stuff crammed down their throats.

The commissioners have been offered various legal and acceptable ways to keep prayer in some fashion in their meetings. They know that they could offer a moment of silence in which those who want to pray can do so silently. They know that they can read publicly prayers that are inclusive (there are entire books of such prayers).

They know all the alternatives to what they continue to do, and they ignore all of them.

Our opposition to them cannot be called “anti-prayer.” They are clearly hell-bent on imposing their particular brand of Christianity on the public. To call the lawsuit “anti-Christian” ignores and demeans the many Christians who are horrified by the commissioners’ approach to Christianity.

… The commissioners are public officials in a country that has no official religion; no religion should be imposed on the public who would attend a public governmental meeting. Yet these very religious bigots would be the first to scream bloody murder if a predominantly Muslim community in the U.S. opened its county commissioner meetings regularly with blatant Islamic prayers.

AEG should have their guys up in bucket trucks on every pole they installed Fibrant on, checking the connections and “Fixing “ the problems that they made mistakes on.

Who was city manager when the city agreed to fix them?

If I understand the comments of people who have worked as subcontractors installing lines correctly, it is AEG’s responsibility to fix the lines.

The current city management and council, if not subjected to constant scrutiny, will continue their self-serving behavior until removed from office or terminated. My experience with city management is they will do anything including breaking the law to silence dissent by current or former employees and anyone else for that matter. Now is definitely not the time to be silent. The people of Salisbury deserve better. “New City Council 2015.”

So the way I understand the article, since this was a blunder by AEG. Thus, would AEG not be on the financial hook to fix this?

If true, the problem for the city is that 1. This has been kept quiet. 2. They have allowed the problem to persist instead of pushing AEG to immediately fix the problems they created.

If a contractor were to build a house for me, and it was found to be out of code while I specified that the house be built properly, then the contractor is at fault.

Unbelievable! They are proud of cutting taxes for the rich and the Art Pope-type corporations. Then they increase fees and add taxes to make up for it to make sure all but the rich will pay more taxes. Way to help the average guy who put you in office. The Republican way!

And you continue to strip North Carolina’s education system which is now by most polls the worst in the country for teachers. They add a little to the beginning teachers’ salaries and act like they had done so much.

Average guy, you had better start paying attention before the next election and get some of these people out of Raleigh and add some common sense.

The only way to attract retail is have the income to support it. Right now Kannapolis doesn’t have the jobs to support growth. That should be the major concern of anyone on city council. Yet they are buying buildings with no tenants, and a park ride that couldn’t support itself where it was.

Our current city council raises taxes at will to support any hare-brained idea that comes up. We should be spending the wasted money on attracting employers that pay a living wage instead of hoping for a retailer that pay a little above minimum wage.

On attracting that retailer, they raised taxes so high that surrounding cities look even better with lower taxes and ease of access for traffic.