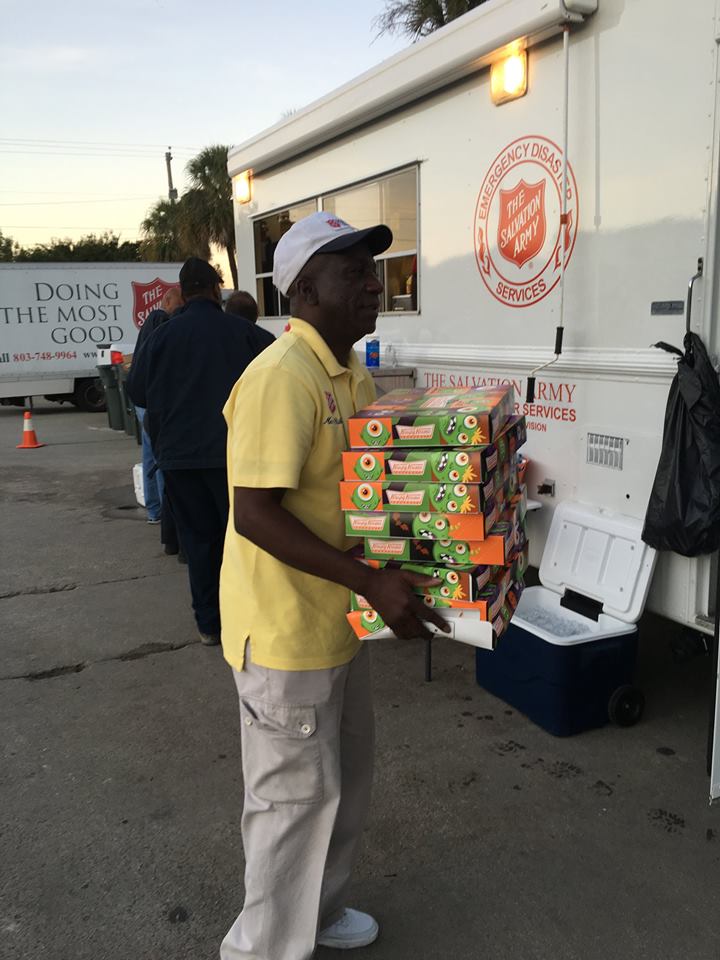 A man in Georgetown, SC. Photo by Melissa Cline.

If you’d like to donate to the Salvation Army’s disaster relief efforts in South Carolina you can call 1-800-SAL-ARMY, visit salar.my/EastCoastFloods, text STORM to 51555, or make a donation by main at The Salvation Army Disaster Relief PO BOX 1959 Atlanta, GA 30301 or to the local Salvation Army. Checks should be payable to “The Salvation Army” and marked “East Coast Floods.”