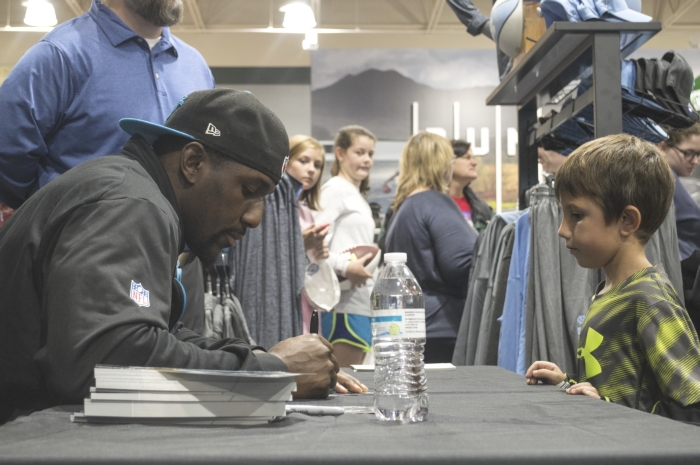 Carolina Panthers fans on Saturday filled into a newly opened Dick’s Sporting Goods on Julian Road to catch a glimpse of, snap a picture with or snag an autograph from linebacker Thomas Davis.

Davis spent two hours on Saturday meeting Panthers fans during the second of a Dick’s Sporting Goods’ three-day grand opening. Footballs, jerseys, T-shirts, pieces of paper and even artwork were on the list of things singed by Davis.

The Panthers are currently on a bye week and don’t have a game scheduled Sunday.

Fans of all ages waited in a line that snaked through the interior of the store, which sits in a retail complex called Shoppes at Summit. The complex is located adjacent to I-85’s exit onto Julian Road.

The Salisbury location of Dick’s Sporting goods is the 33rd store in North Carolina and the 633 in the U.S.