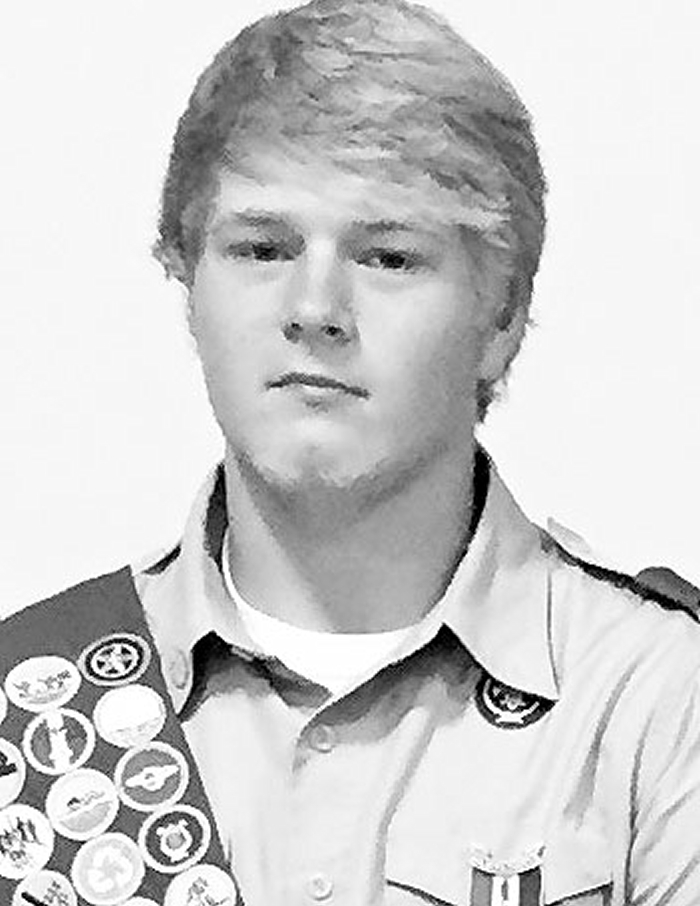 Matthew Thomas Beaver, 16, of Boy Scout Troop 328 sponsored by Ebenezer Lutheran Church, received his Eagle Scout Award Sept. 6, 2015, at Trinity Lutheran Church in Landis. The award was presented by his former Scoutmaster, Lewis Safrit, and Assistant Scoutmaster Mark Peacock. Matthew was also presented with the Good Citizen Award by Pat Beaver with the Marine Corps League, Dept. of N.C.
Matthew has earned 29 merit badges and has served as senior and assistant patrol leader.
His Eagle project was construction of a paver sidewalk and meditation area for the existing columbarium at Trinity Lutheran Church in Landis. Decorative fencing and two granite benches were also installed.
Matthew extends a special thank you to Lowe’s of Salisbury, Thrivent Financial South Rowan Chapter and the congregation of Trinity Lutheran Church for the help they gave with his project.
An 11th-grader at Jesse Carson High School, Matthew is the son of Greg and Amy Beaver of China Grove. He is the grandson of Pastor Tommy and Rosalind Beaver of China Grove and the late Ray and Betty Boone of Mooresville.