David Setzer in a word: fantastic 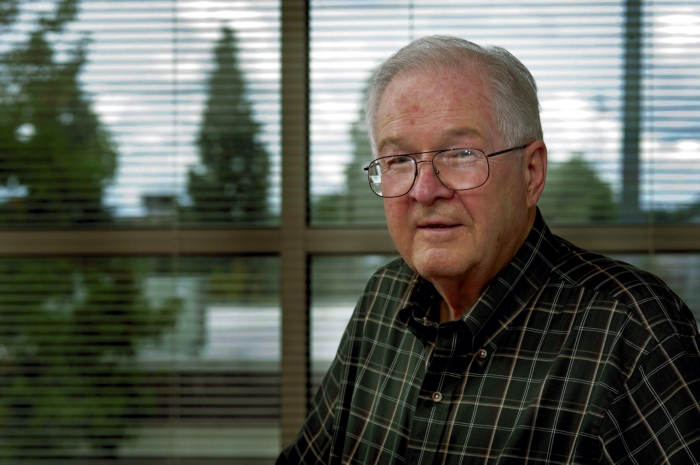 In 53 years, Dave Setzer has had two jobs. The first was in public relations at Catawba College, but for the last 17 years, Setzer has been executive director of the Robertson Foundation.

At the end of the year, he’ll step down from that position.

“God Almighty!” he says, one of his trademark sayings. “I don’t feel it.”

He’s looking forward to spending more time with Barbara, his wife of 53 years. Other than that, he has no real plans.

“Our son Mark is at the Baddour Center in Mississippi, and we bring him home pretty regularly,” Setzer says. “When he comes home, we’ll take short trips with him.”

Setzer grew up in New London, graduated from the University of North Carolina and spent four years in the Air Force. Meanwhile, his parents moved to Granite Quarry. Setzer came home in 1961, and went by the Salisbury Post to see then-editor George Raynor, who promised to make some inquiries for him.

Raynor told him, “Hell, there’s nothing out there.”

One day, Setzer accompanied his mom on a shopping trip to Salisbury. He ran into Raynor.

“You found anything?” the older man asked him.

Not yet, Setzer said.

Go out to Catawba College and talk to Dr. A.R. Keppel, who was then the college president, Raynor said.

Setzer went to see him on a Saturday, and Keppel asked if he could come to work on Monday. The man Setzer would be replacing had been called to serve during the Berlin Crisis. When he got back, they’d work something out Keppel said. Al Brown come back, but eventually returned to his hometown of High Point.

Setzer, who’d been working in admissions, was moved back to public relations, where he stayed until his first retirement.

He met Barbara his first day on campus. She was a senior, and they figured they’d get in trouble. They didn’t.

“He was great at Catawba,” his wife says. “I can describe him in one word, and I mean this: fantastic. He loves his family, his son and daughter.”

Daughter Dana Curry is a third-grade teacher with Rowan-Salisbury Schools.

When Setzer arrived at Catawba, the college was ready to expand its PR operations.

“They wanted to get the news out,” Setzer says. “It was just a good fit. That fit grew more comfortable the longer I stayed. I just loved it.”

He once drove to Charlotte with Sydney Blackmer and Keppel. The actor was to rerecord some narration of a film about Catawba. Keppel asked Setzer how much he was being paid. Setzer replied that his salary was $90 a week.

Setzer couldn’t wait to get home to tell his wife the big news.

“That was a big raise,” he says, laughing that big laugh of his. “It was big money.”

When he was about to retire in 1997, Fred Corriher, Catawba’s then-president, called Setzer in. Corriher was on the board of the newly formed Robertson Foundation, and told him they were looking for a director. Would Setzer be interested?

He soon found himself in an interview, led by Bill Kluttz, the first chair of the Roberston board.

“It was a nice session,” Setzer remembers. “There was lots of good conversation and they shared their expectations.”

Setzer didn’t think much about it, but soon after had an offer to be the part-time executive director.

“I ordered a box of envelopes and a box of letterhead stationery and I was in business,” Setzer says.

“There could not have been a better person at a better time,” says Margaret Kluttz, who now serves as the president of the Robertson Foundation following a long tenure by the late Jim Hurley. “He’s really been at the heart of the foundation. He understands and appreciates local non-profit organizations, those people who are working in the trenches. He’s been a champion for the community, there’s no question about it.”

Setzer had met Julian Robertson — who gave $15 million to start the foundation — through Catawba College’s business symposiums, and was impressed. And he’d known Robertson’s parents, Julian and Blanche Robertson, through St. Luke’s, where he and Barbara are still members.

Hurley and Fred Stanback were childhood friends of Robertson, and served on the board. It wasn’t unusual, Setzer says, for Hurley to pick up the phone and call his friend whenever he had a question. And Robertson always came to town whenever he was asked.

Setzer’s Air Force service had trained him well to work with his new boss.

“I knew how he should be treated,” Setzer says. “It was like having my own personal general.”

But Robertson has given the board free rein in going about its business over the years.

He laughs. He still has a 2006 letter from Robertson, thanking him for a recent visit.

“He was so grateful for everything we had done,” Setzer says. “I just thought that was so great.”

“David has been key in making the foundation so successful,” Robertson says. “I have always been confident in the people who serve on the board of the foundation, and it is they who found David. He has been such a shining star.  We will miss him greatly and wish him all the best in the years ahead.”

The public will get a chance to say thank you to Dave Setzer on Wednesday, Oct. 14, with a drop-in reception at Waterworks Gallery from 5:30 to 8 p.m.