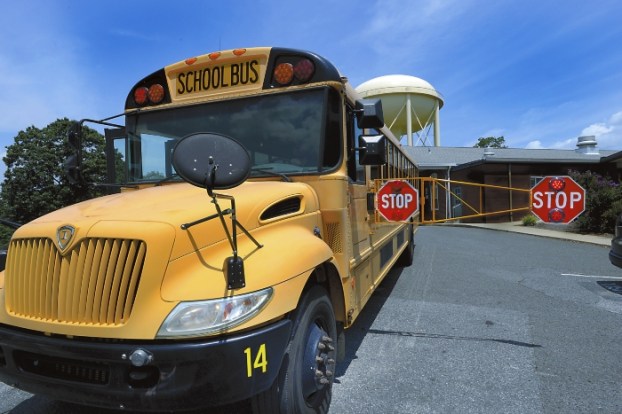 The Rowan-Salisbury Schools Transportation added an 4-foot extension to the stop arms in 2015 on 10 of the district's school buses. File photo

In an effort to stop motorists from speeding past stopped school buses, the North Carolina Department of Public Safety State Highway Patrol is cracking down on illegal passing. Called Operation Stop Arm, the initiative will flood bus routes with State Troopers from Oct. 19-23.

The Department reports that every day in North Carolina, nearly 3,000 drivers ignore the stop flag on a school bus and pass it endangering children and other motorists. And since 1999, 13 children have been hit by drivers ignoring a bus’s stop arm.

One of those children was from Rowan County. Master Trooper Potts, of Rowan County Highway Patrol, remembers when 17-year-old Makinzy Jordan Smith was hit and killed one chilly October morning in 2013 on Woodleaf Road.

It was about the same year, Potts said, that the state began requiring troopers to ride along on buses, at least two a month, and to follow behind them in unmarked vehicles when they’re able.

But sometimes, it’s not enough. That’s what prompted Operation Stop Arm, a week when troopers will be out in force across the state, keeping the kids safe and issuing tickets and citations to drivers who pass a bus illegally.

Potts says the Highway Patrol tries to make sure that students stay safe getting on and off the bus, but under normal circumstances, there’s only so much they can do. Rowan County has 20 state troopers, including supervisors, to follow 188 buses, Potts says. But, they play it smart. Potts calls the school system to find out which buses or routes have the most problems with illegal passing. And sometimes, they’ll pick a bus at random. Sometimes they catch passers, but sometimes, they’re not so lucky.

“It’s just the luck of the draw,” Potts said.

But during Operation Stop Arm, the State Highway Patrol is going to be putting as much manpower and as many resources into protecting bus routes as they can spare.

According to the Department of Public Safety, passing a school bus in North Carolina will result in a $500 fine and five points on a driver’s license. If a driver passes a school bus and hits a child they are charged with a Class 1 felony and face a minimum $1,000 fine.

So remember, if the bus stops, so do you.

CONCORD — Rowan-Cabarrus Community College announced its 2014-2015 Excellence in Teaching award recipients at the college’s September board meeting. The... read more